SEATTLE — The long journey of some Vietnam veterans to restore an old B-52 bomber just reached a major milestone. The B-52 is now at its new home at The Museum of Flight in Seattle. It will soon become the centerpiece of a new Vietnam Veterans Memorial Park, a place of honor at the museum, that will be free to the public.

Getting to this point hasn't been easy. It's taken almost 27 years and roughly $3 million to bring "Project Welcome Home" together.  During the first weekend in June, the old warplane was transported down I-5 and I-405 to The Museum of Flight.

For years, the B-52 Stratofortress, built by Boeing and owned by The Museum of Flight, was parked on the grass at Paine Field in Everett. Mostly untouched. Definitely unappreciated.

A bomber with deep history

It has special meaning to many Vietnam vets, including 76-year old Joe Crecca of North Bend. He spent six-and-a-half years as a prisoner of war after his F-4 fighter jet was shot down during a mission over North Vietnam.

“At first, I questioned whether I would ever come back,” says Crecca, who spent time in the infamous POW prison known as the "Hanoi Hilton" next to now Sen. John McCain of Arizona.

In December 1972, under orders from President Richard Nixon, the U.S. military sent the B-52 bombers in the most intense air attack of the war, called Operation Linebacker II.

At 24 years old, Jim Farmer, now a Bellevue resident, was piloting one of those B-52s.

Farmer says, “We felt like we were really doing something meaningful and as it turned out, it really was.” 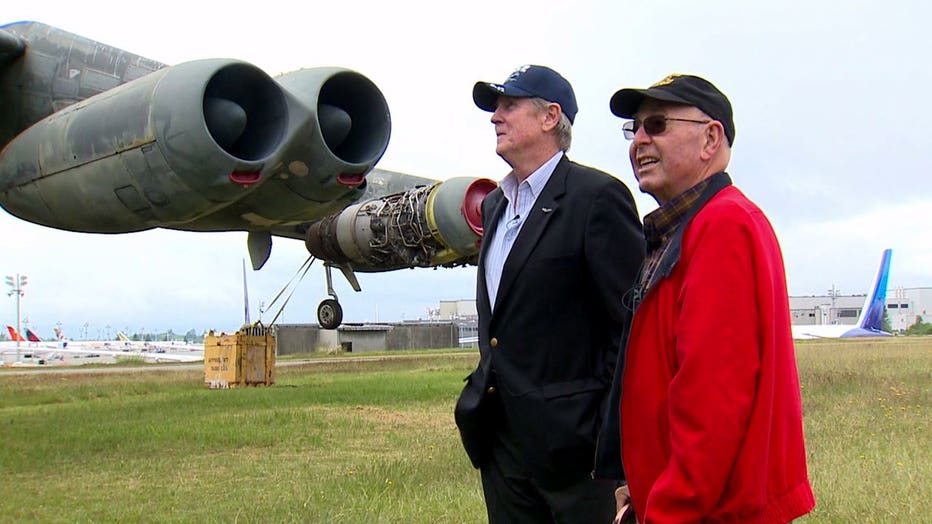 Vietnam Veterans, B-52 pilot Jim Farmer (left) and POW Joe Crecca (right) look at the B-52 at Paine Field in Everett before its restored.

Hanoi was hit so hard, the North Vietnamese returned to the negotiating table and agreed to release the 591 American POWs, including Crecca.

Knowing how much the B-52 means to them, on the 40th anniversary of the air assault, they and the original crew of the "Midnight Express" launched a new mission. 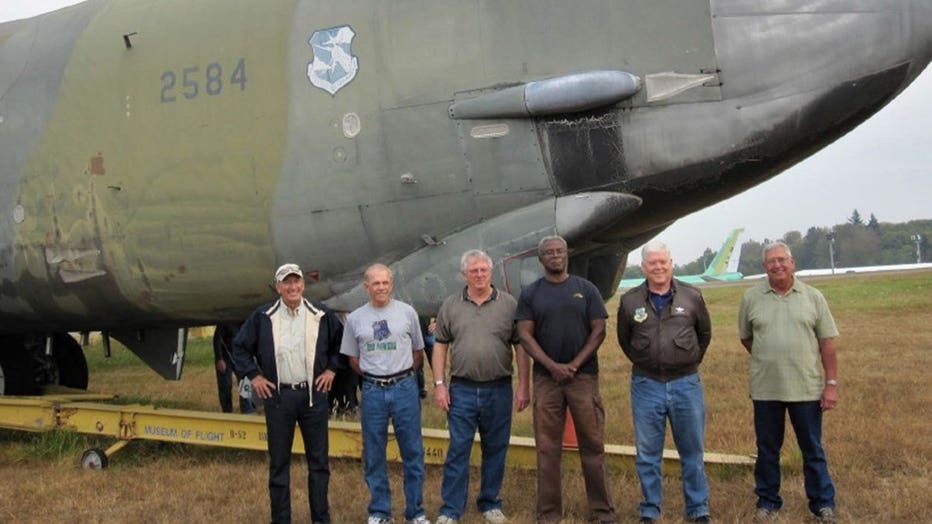 Original flight crew of the "Midnight Express". Photo courtesy The Museum of Flight.

“To save the B-52 that’s been languishing up here (at Paine Field) for 26 years,” Crecca says.

Restoring the B-52 took incredible dedication and money. The restoration alone cost $600,000 -- most of it coming from private donations. Volunteers provided much of the work to restore it to its former glory over the past few years.

To transport it the 40 miles from Everett to The Museum of Flight in Seattle, the plane had to be disassembled, which meant removing its 180-foot wingspan.

“That was taken off in one piece," says Ted Huetter, The Museum of Flight's director of public relations and promotions. "Five cranes were out here." 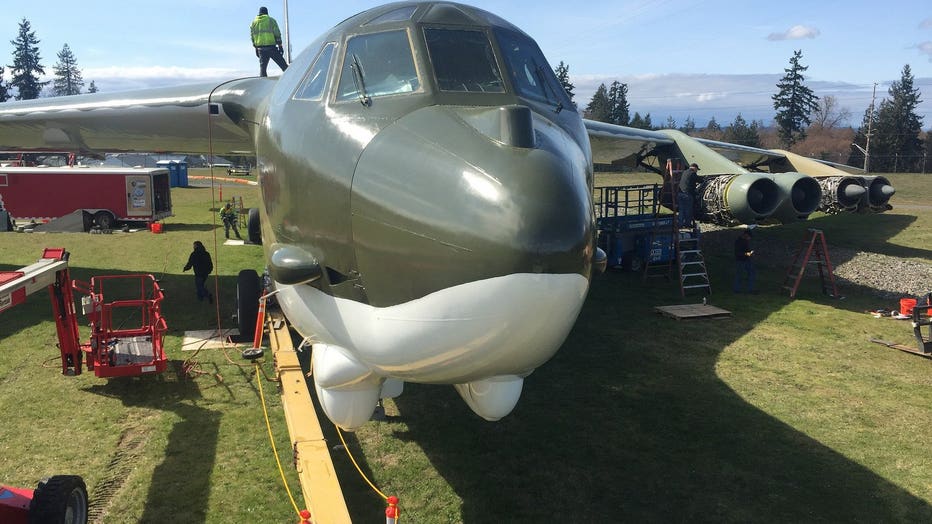 Tom Cathcart, the director of aircraft collection and restoration, has been restoring planes for The Museum of Flight for decades.

“It’s probably the most important project I’ve been involved with in 24 years at the museum,” Cathcart says.

Overnight, during the first weekend in June, the 170-foot fuselage and the wings made its last journey to its final resting place at The Museum of Flight.

“This thing is about the size of a 747," says The Musuem of Flight President and CEO Matt Hayes. "To see that coming down the road is pretty spectacular.” 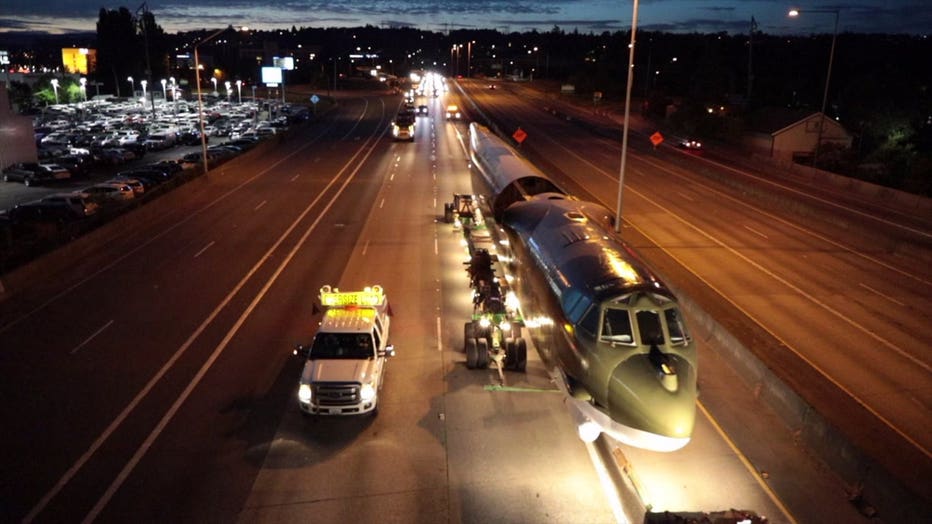 By sunup, people lined up outside the museum. Some fought in the Vietnam War. Others just wanted to share about it and celebrate this moment. Honoring the arrival of the bomber and more importantly the veterans, who kept fighting, to restore it. 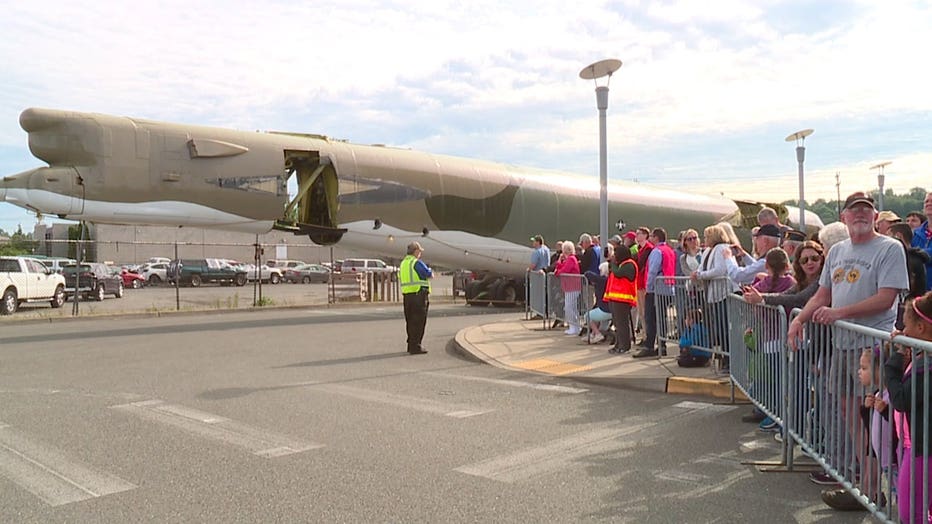 “This is important to the veterans of the Vietnam War," Farmer said after a ceremony to welcome the B-52. "Many of them didn’t get properly welcomed home or acknowledged for their sacrifice.”

Crecca chimes in, “What this airplane represents is not just an airframe, but the courage and tenacity of the crews that flew it. Now it’s going to have a final resting place and a dignified place.”

Here's a sketch that should give you an idea of what the Vietnam Veterans Memorial Park will look like once it's completed. 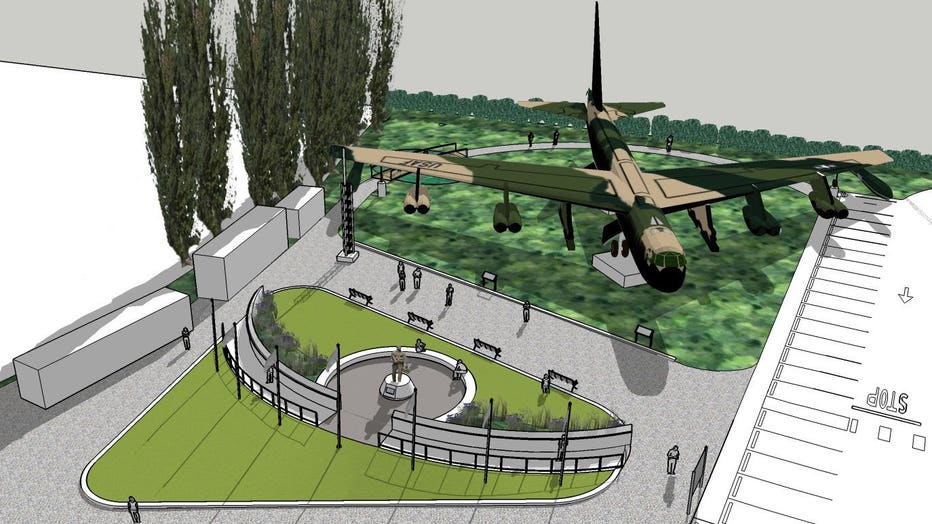 The restored Midnight Express will reside on the west side of the Museum’s Aviation Pavilion in a serene park-like setting where visitors can reflect upon the B-52 and the nearly 8,000 other U.S. military aircraft lost during the Vietnam War. Courtes

It’s set to open on Veteran’s Day, this coming November.