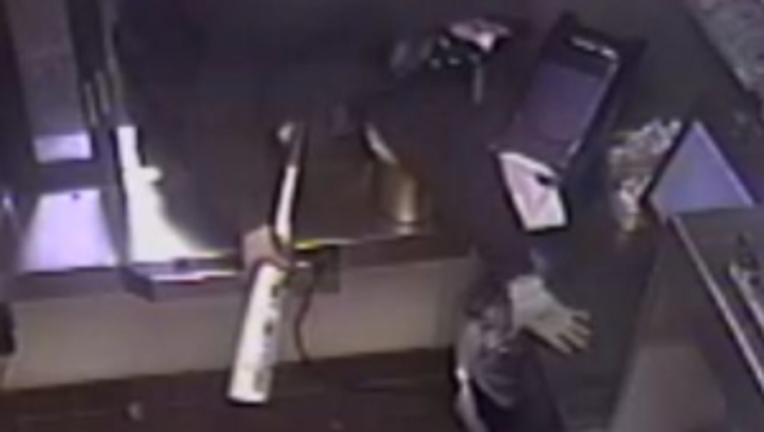 LACEY - Two suspects climbed through the drive up window at the Lacey Jack in the Box and robbed the employees early Saturday morning.  Lacey Police said that the suspects confronted the employees and foreced them to the rear part of the building just before 1 a.m.  The Jack in the Box is located in the 8200 block of Martin Way East in Lacey.  One of the suspects was armed with a baseball bat, the other with a knife.  One suspect had an employee empty all the cash registers, and then assaulted the employee, police said.  The two suspects then left the business through the lobby doors and fled in an unknown direction.  The first suspect was described as a white male, early 20's, 5'8 to 6'0, and weighing 140 to 160 pounds.  He was wearing a dark sweathshirt, and dark pants.  His face was obscured bya a dark colored bandana.  The second suspect was described as an unknown race male, early 20's and weighed approximately 200 pounds.  He was wearing a dark sweatshirt and dark pants.  He wore a dark stocking cap over his entire head. Officers from Lacey, Olympia, Thurston County and WSP searched but could not locate the suspects.  The employee that was assaulted was treated and released from a local hospita.  Anyone with information is asked to call Lacey Police Department at 360-459-4333 or Thurston County Crime Stoppers at 360-493-2222.