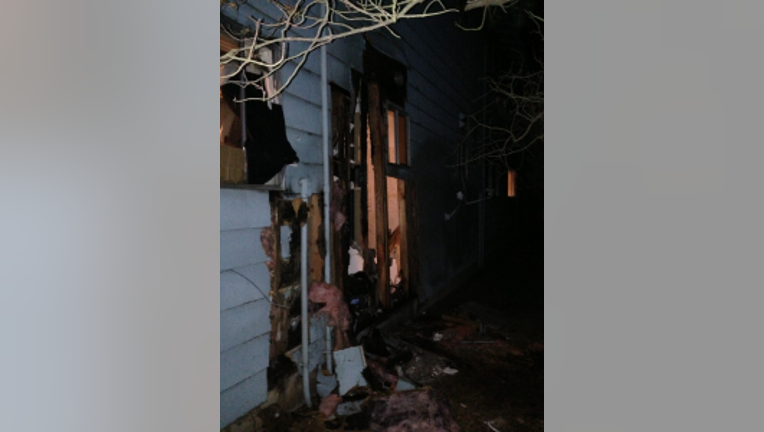 Police responded to a calls of a weapon offense around 11:43 p.m. in the 400 block of Stanford Drive. When they arrived, police found flames billowing from an apartment unit. Firefighters were quickly called to the scene and put out the blaze. Five units surrounding the apartment were also damaged.

No one was found in the apartment after an extensive search, but investigators questioned the cause of the fire, and police called in the Washington State Patrol Bomb Squad to make sure the apartment unit was clear of any explosive devices.

Investigators did not find any suspicious devices, but believe the explosion occurred when occupants were attempting to extract oil from a marijuana plant with the help of butane gas.

Residents in the home allegedly filled a two-litter soda bottle with the gas when an ignition sparked the gas and caused a large explosion. The blast damaged the interior and exterior of the building.

Three individuals arrived at the Skagit Valley Hospital early Friday morning suffering from burns believed to have been caused by explosion. The injuries were non-life-threatening and police are questioning the burn victims to see if they played a role in the incident. A fourth individual was later taken to the hospital.

Police said the burn victims will likely face reckless endangerment charges if it is determined they caused the blast.

Mount Vernon police are continuing to investigate the explosion. Anyone with information is encouraged to call the Mount Vernon Police Department at 360-336-6271.