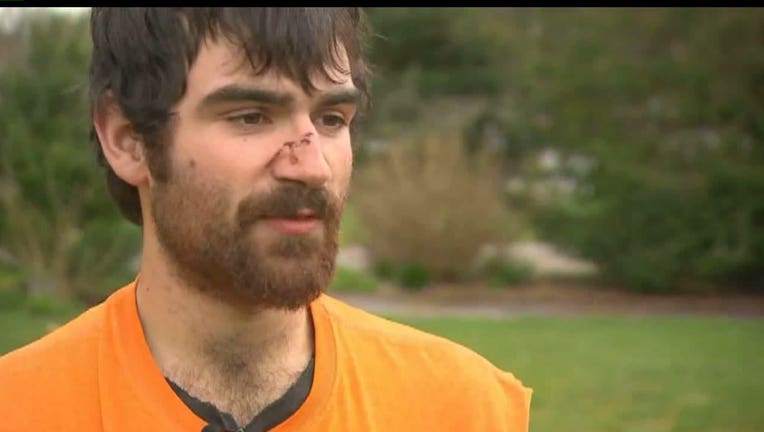 But there are still stories of hope and survival nine days after the hillside gave way.

Kody Wesson and a group of strangers bounded into the debris field before most first responders. They saved a baby boy and his mother.

Five-month-old Duke and his mother Amanda somehow survived the deadly flow of mud and debris.

Duke is in serious condition in intensive care at Seattle's Harborview Medical Center, but his condition is improving.

His mother is also recovering at Harborview; she's in satisfactory condition.

Wesson was one of few strangers who immediately ran head-on into danger.

“There was a ripped-up roof on the mud there, layed the baby on that,” said Wesson. “I ripped off my jacket I had on and wrapped him up in that.”

Over the weekend, a back road was cleared so equipment and crews can move back and forth from either side of the slide.

Experts are keeping a close eye on the hillside.

“They have monitors and the geologists are watching it like a hawk,” said east side division supervisor Steve Harris. “They’re watching it closely for us so that we are safe.” 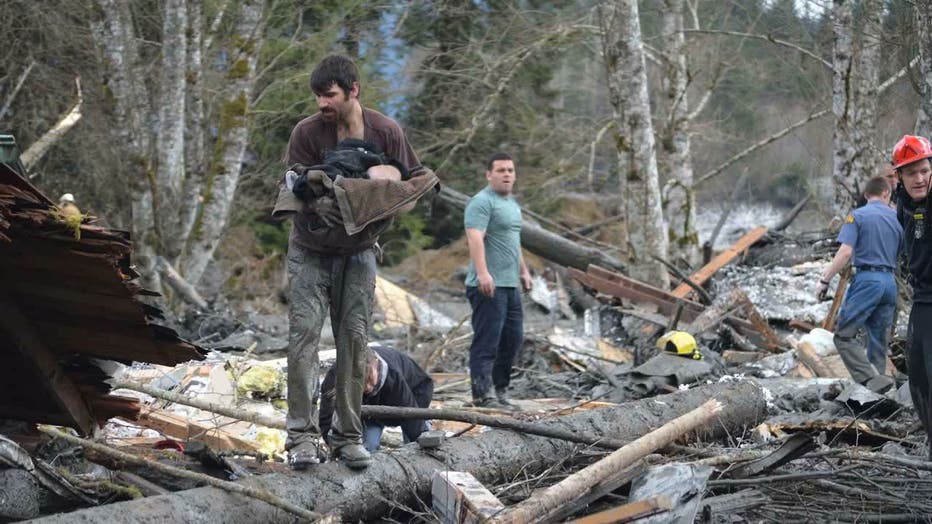 Kody Wesson shown holding the baby after discovering it in the debris March 22. (Photo courtesy of viewer)

Dogs and rescue crews average four to six hits per day in their search for human remains.

In some areas, the mud is up to 70 feet deep. The quick-moving mudslide toppled trees and destroyed anything else in its path.

“Whole sized cars compacted down to about the size of a refrigerator, just smashed to the point where you can hardly tell it was a vehicle,” said Harris. “Trees and logs, things that you’d think would be solid, just mangled. It’s an incredible amount of energy as this material came down off the hill.”

The good news on Monday was the weather. The sun was shining and the debris field and rescue crews are getting a break from all the rain that fell over the weekend.