Seattle’s police watchdog on Friday released the results of several investigations stemming from complaints over officer conduct during anti-racism protests, finding in the most high-profile case that an officer did not mean to pepper-spray a young boy.

SEATTLE (AP) - A Seattle police officer who threw a tear gas canister that hit a reporter, and other officers who threw blast balls that hit individuals during last summer’s Black Lives Matter protests violated policies, according to new reports from an independent agency tasked with investigating police misconduct.

Protests erupted in Seattle and across the country after George Floyd was killed by a Minneapolis police officer. The Office of Police Accountability received more than 19,000 complaints about police misconduct during protests.

The office has released five batches of investigative reports since September, with the latest 22 cases posted Friday. To date, no officers have been disciplined for any of the sustained findings, Seattle police spokesman Det. Patrick Michaud said Tuesday.

Previous reports found that an officer who slammed a protester’s head to the ground, another who punched a demonstrator in the head a half dozen times and a third officer who put his knee on the necks of two looting suspects violated policies against using excessive force. 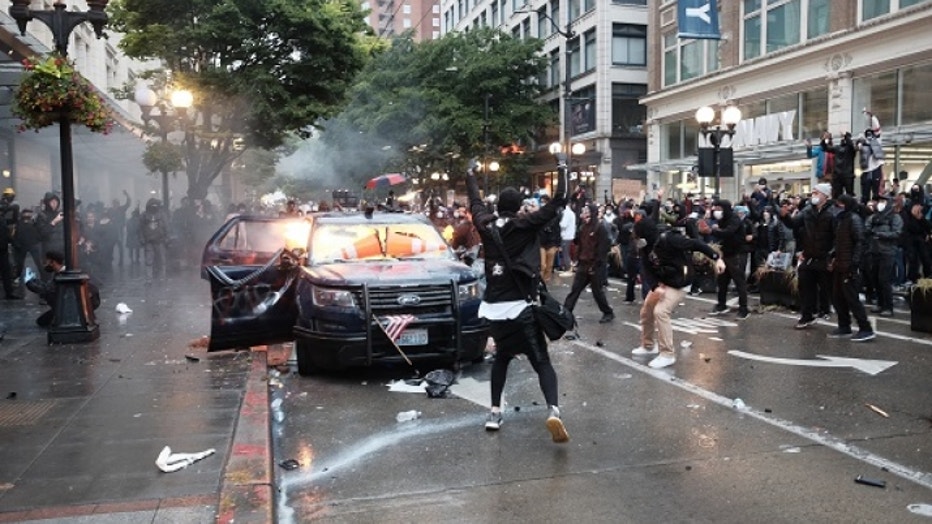 No officers are named in the reports because the union contract with the city prohibits disclosing their identities. The latest findings are separate from three other investigations into Seattle officers by the Office of Police Accountability.

Seattle Police Chief Adrian Diaz has fired an officer who made racist remarks about a Black man last year and has threatened to fire two officers who reportedly attended the riots in Washington, D.C., on Jan. 6. Investigators are also looking into an officer who refused to wear a mask in the emergency room at a hospital.

In the latest reports, investigators found that officers and one commander violated department policies while responding to demonstrations in Seattle.

On June 1, officers were ordered to clear protestors from the area around the East Precinct and Cal Anderson Park after some in the group damaged property and threw things at police, the report said.

One officer threw a tear gas canister toward the park that landed near a news crew that was in the process of leaving the area. The canister damaged a reporter’s jacket. The reporter said her crew was clearly marked as media at the time.

The officer told investigators that he did not see the group’s press credentials and defended his actions, saying the use of the canister was appropriate "given ongoing assaults on officers," the report said. 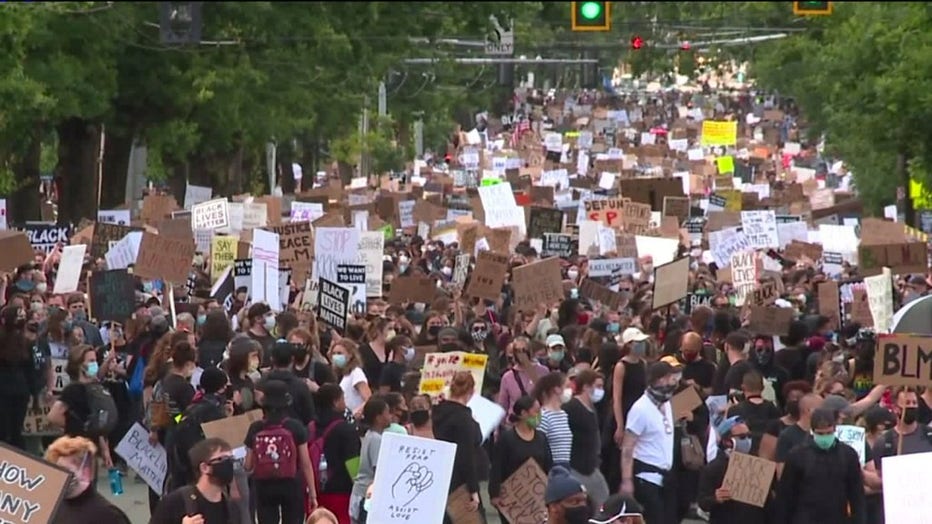 But a review of videos and body cameras found that no one within the range of the officer was posing a threat or engaging in violent crimes. By throwing the canister overhand, the officer "did not exercise due care" and his "deployment appeared to be indiscriminate," the report said.

Based on those findings, investigators sustained the complaint saying the officer’s actions violated policy.

Investigators also sustained findings against an incident commander who ordered officers to disperse a crowd, which led to the use of pepper spray and blast balls. Some protesters had opened umbrellas in front of a line of officers, and the officers responded aggressively.

Another officer was found to have violated policy by throwing a blast ball at a man who was lying on the ground in the park with his face covered. The device struck near the man’s face and chest. His injuries required medical attention.

Investigators said the man did not pose a threat and the officer should not have thrown the device "overhand." 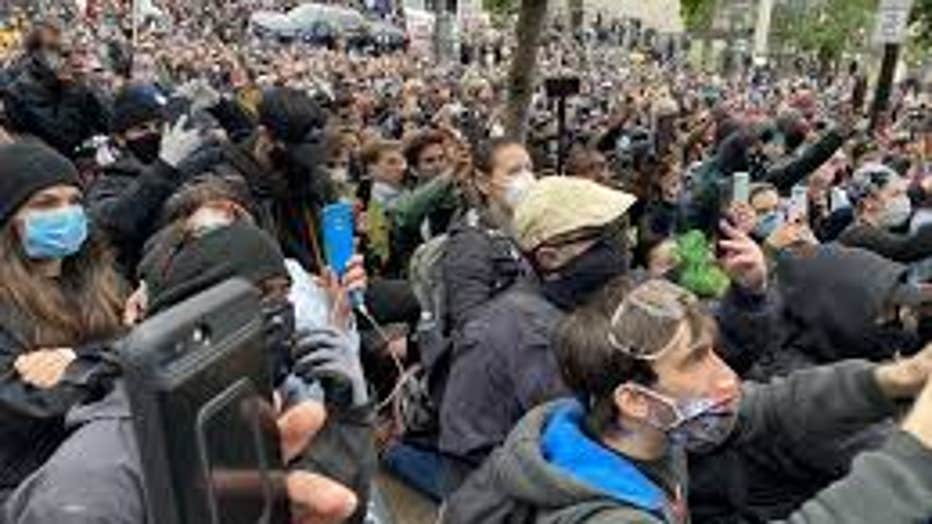 On the night of June 7, about 1,000 protestors gathered near the East Precinct and clashed with police. Some threw projectiles at officers and others breached the line, forcing officers to move back.

One of the officers threw four blast balls at the crowd and one hit a woman who had been standing in an intersection. Before the device was thrown, the woman had knelt on the ground several times and put her head in her hands. As she walked toward a group of people, the officer threw the blast ball and it hit her in the chest.

"It was later reported that the subject went into cardiac arrest and needed to be resuscitated three times prior to being transported to the hospital for further treatment," the report said. Medical records revealed that several other issues were a factor, including alcohol and taking medication to treat seizures.

Investigations found that the officer violated department policy by throwing the blast ball overhand toward a person who was unarmed and not throwing projectiles at officers.