SEATTLE -- Reports of hate crimes and non-criminal bias incidents have risen in Seattle, with 178 reported during the first half of 2016 compared to 128 in the same period last year, the Seattle Police Department said Tuesday.

The largest number of crimes and non-criminal bias incidents during the first six months of 2017 were against blacks, gays and lesbians and Jewish people, the SPD report showed.

"The increase in reports can be attributed in large part to victims feeling more comfortable reporting bias crimes due to enhanced trust, improved reporting mechanisms and ongoing community outreach by the Department," the SPD said in a news release.

"The highest rate of increase in reporting is in the category of 'crimes with bias elements', which are incidents which are not primarily motivated by bias, but bias language is used during the commission of a crime. These incidents went up 64%. Officers and the community recognize and report bias when they observe it," the news release said. 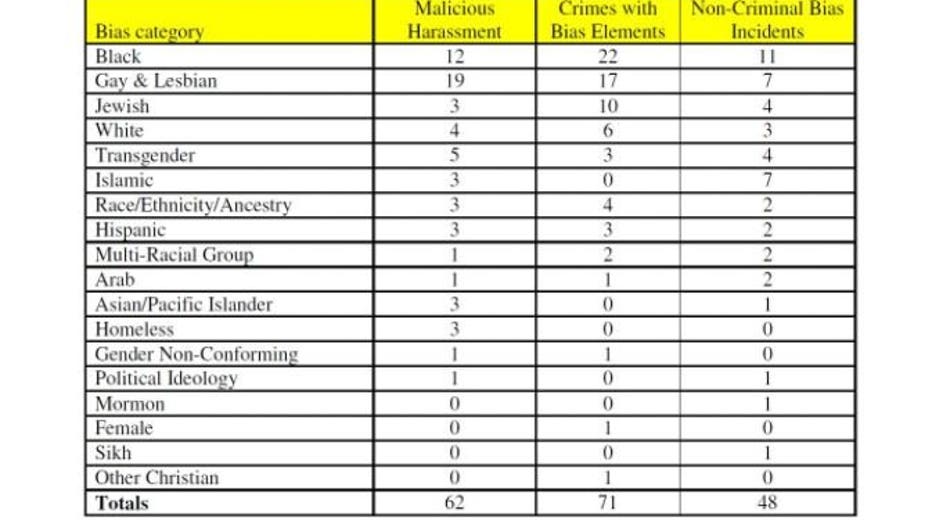