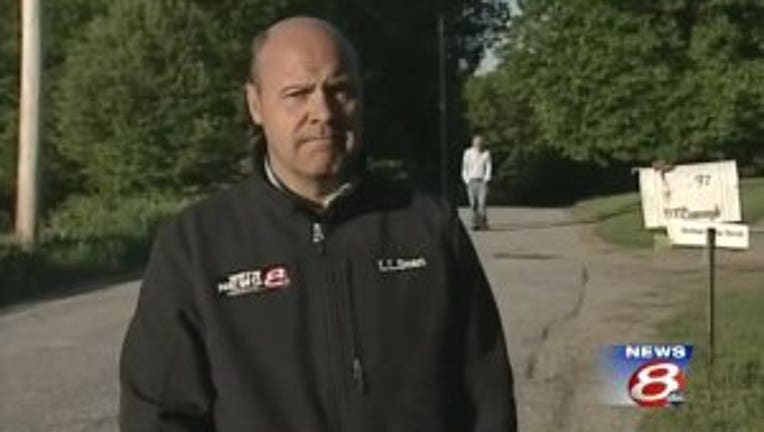 A Maine TV crew for WMTW-TV discovers the missing man they'd been reporting on when he walks up behind them Wednesday. (WMTW-TV/YouTube)

MAINE -- Norm Karkos has been doing TV journalism with WMTW for 22 years, and this week he experienced the most surreal live shot of his life.


Right before he was about go on the air to talk about the disappearance of Robert McDonough, 72, from his Limington, Maine, home, McDonough walked up behind Karkos.

McDonough had been missing for about 15 hours as officials searched for him with dogs, helicopters and on ATVs.

“I just looked at him and I was thinking, that can’t be him,” Karkos, an anchor-reporter, told the Los Angeles Times on Wednesday.

“I was doing a double take, and he says, ‘Don’t put me on television,’ and I said, ‘I won’t,’ and I saw him walking a little farther and going toward a garage," Karkos said.

McDonough then circled back while Karkos did his live broadcast about McDonough’s disappearance -- as McDonough watched.

McDonough then introduced himself as “Bob.”

The TV crew then kept McDonough close as they called the authorities, and his wife identified him shortly later; McDonough seemed to be confused that authorities were searching for him.

He appeared to have cut himself and gotten his shoes wet but was otherwise unhurt, surviving near-freezing overnight temperatures. He had been missing since Tuesday.

Karkos reflected on his -- and McDonough’s -- luck.

“Thank God, a happy ending. More times than not, these aren’t happy endings. It was surreal,” Karkos said of his bizarre broadcast. “As I’m updating information, giving the description, telling our viewers what’s going on, there’s Bob McDonough to the right of my camera, listening to me.”

Karkos added, “In my 22 years, I’ve never, never experienced anything as remotely close to this.”