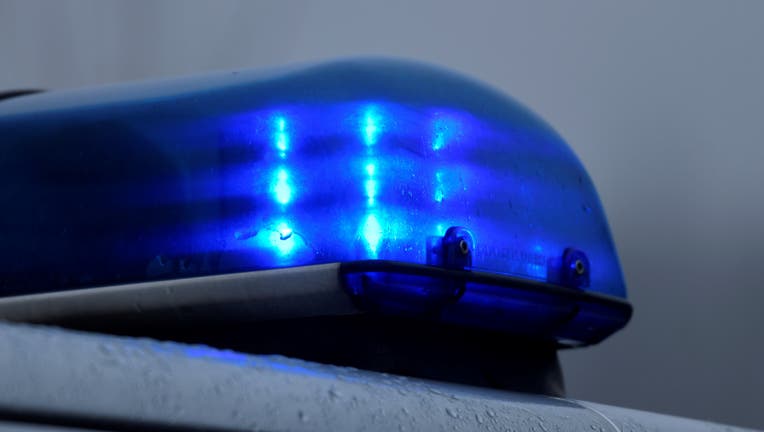 A picture taken on February 2, 2020 shows a flashing blue light of a police car in Datteln, western Germany. (Photo by Ina FASSBENDER / AFP) (Photo by INA FASSBENDER/AFP via Getty Images)

BELLINGHAM, Wash. - Bellingham Police are searching for a suspect who stabbed two people at a party just after midnight Friday night near Western Washington University.

According to the Bellingham Police Department (BPD), at around 12:30 a.m., officers responded to reports of a fight near the corner of Billy Frank Jr. St. and E. Maple St. near Laurel Park. When police arrived a group of people said they were trying to restrain a person involved in the fight, but he got away before police showed up.

Witnesses on scene told authorities that one person, who appeared to have been stabbed, went to a nearby fire station to be treated. Authorities say another person at the scene was taken to PeaceHealth St. Joseph Hospital to be treated for a non-life threatening stab wound to the back.

According to BPD, the victim said he was stabbed while trying to break up the fight. He also described the suspect as being a white man in his 20s, standing at around 6 feet tall with a thin build, and was wearing a white shirt and a black baseball cap.

Anyone with photos or videos of the incident are asked to call the BPD’s non-emergency number at 360-676-6911.