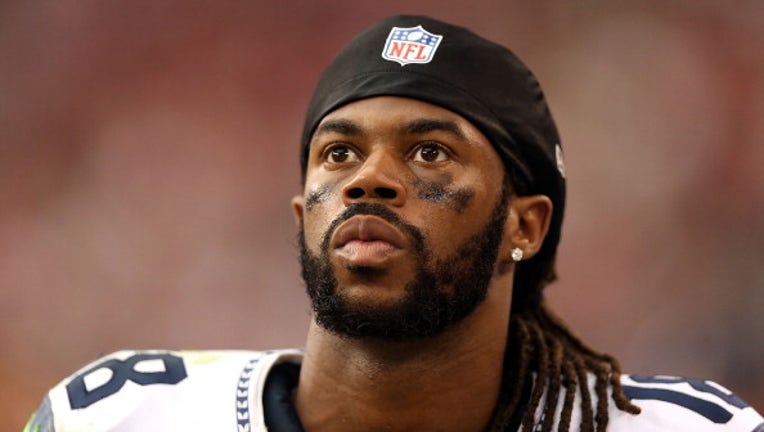 Wide receiver Sidney Rice #18 of the Seattle Seahawks during the season opener against the Arizona Cardinals at the University of Phoenix Stadium on September 9, 2012 in Glendale, Arizona. The Hawks released Rice Friday, according to sources.

The move was widely expected by football experts.

The Seattle Seahawks did not confirm the report, but Rice tweeted apparent confirmation later.

“The number #12 will remain on the left side of my chest no matter what!’’ Rice tweeted. “Grateful for the opportunity to share so many special moments w yall.’’

Rice, 27, signed a five-year, $41 million contract with Seattle in July 2011. He tore his ACL in late October, and has suffered injuries on and off throughout his career.

Rice caught 97 passes in three seasons with the Hawks.