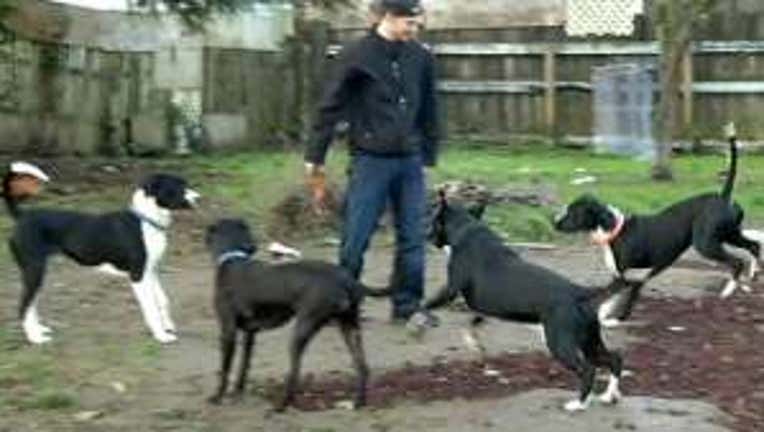 KELSO, Wash. -- A Kelso family is trying to figure out who is behind a cowardly act of animal cruelty that almost killed their dogs.

Wednesday night someone threw chunks of meat with shards of glass inside over the family's backyard fence, according to owner Bob Elder.

Elder said he discovered what happened early Thursday morning when he let his five dogs into the backyard and one was acting strangely. Elder and officers with the local Humane Society found 21 pieces of cubed sausage with glass shards inside.

In addition, a water bottle filled with a green, odorless fluid was lying near the gate.

The family's five Great Dane mixes are loud and have been known to jump the fence, but Elder says he is friends with his neighbors and no one has complained to him about their behavior.