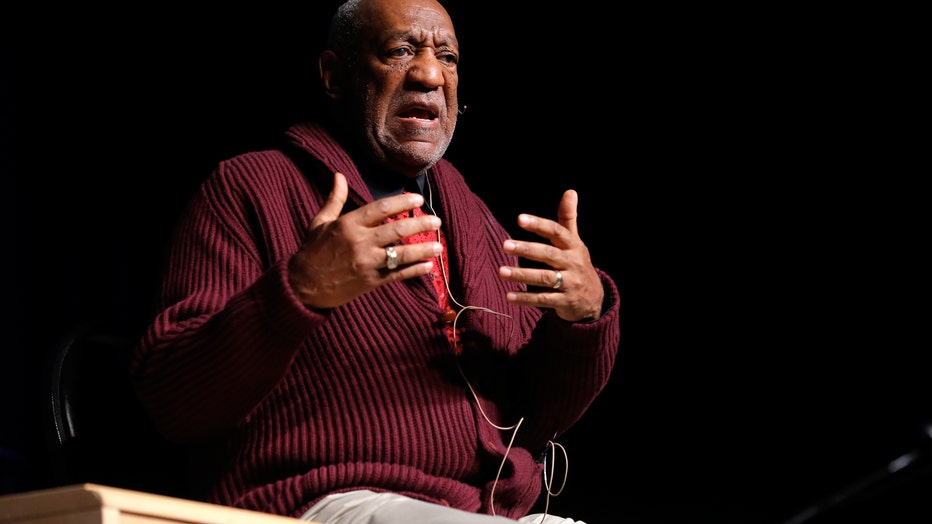 Dickinson is the latest of a handful of women who have accused Cosby of sexual assault -- allegations the comedian has repeatedly said are untrue. He has never been prosecuted.

In the interview, Dickinson claims Cosby assaulted her in 1982 after the two had dinner in Lake Tahoe. She alleges he gave her a pill and a glass of red wine shortly before she passed out.

"The last thing I remember was Bill Cosby in a patchwork robe, dropping his robe and getting on top of me. And I remember a lot of pain," she said.

"Over the last several weeks, decade-old, discredited allegations against Mr. Cosby have resurfaced," Schmitt said in a written statement. "The fact that they are being repeated does not make them true. Mr. Cosby does not intend to dignify these allegations with any comment."

Since 2005, a handful of women have made the claims. This year, the accusations resurfaced, and earlier this month, a seemingly harmless post on Cosby's Twitter account turned them into a social media storm.

In its wake, one of his accusers, Barbara Bowman, turned to the public once more with an article in The Washington Post and interviews with CNN.

Bowman claims she was drugged, then raped, though she said she never saw drugs. "I woke up out of a very confused state not in my clothes," she said.

Bowman said she knew her body had been touched without her permission. This occurred several times in the course of their contact, she said.

On Saturday, NPR broadcast an awkward interview with Cosby in which he didn't utter a word when repeatedly asked about the claims about him.

NPR host Scott Simon filled the airtime by saying Cosby was just "shaking his head no."