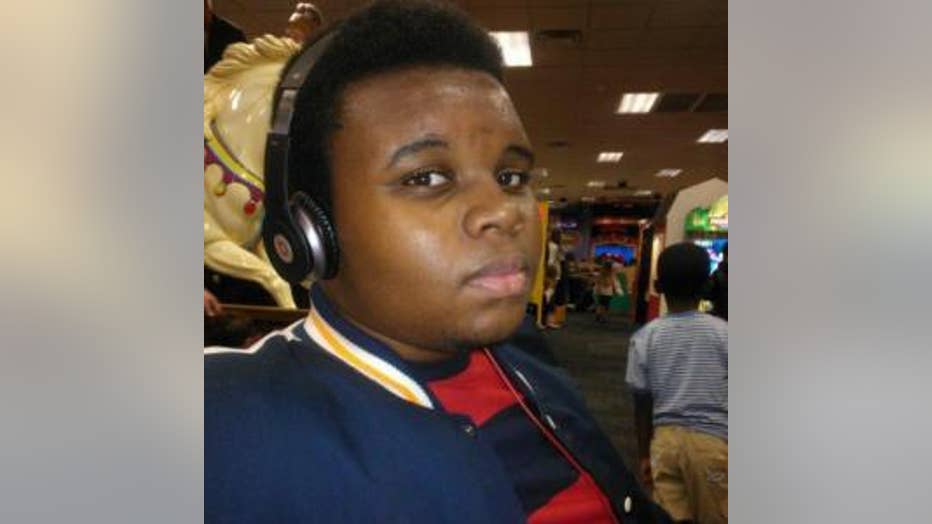 (CNN) -- Michael Brown's gunshot wounds included a shot in the hand at close range, his official autopsy shows, according to an analysis reported by the St. Louis Post-Dispatch.

A county official with knowledge of the investigation told CNN the autopsy document that the Post-Dispatch used to do its report is authentic.

The detail could lend credence to Ferguson police Officer Darren Wilson's account that he and the unarmed African-American teenager scuffled at his patrol car before Brown was shot and killed.

Wilson told investigators that during a struggle for his pistol inside a police SUV, Brown pressed the barrel of Wilson's gun against the officer's hip, the Post-Dispatch reported, citing a source with knowledge of his statements.

The officer tried to prevent Brown from reaching the trigger, the source told the newspaper, and when he thought he had control, he fired. But Brown's hand was blocking the mechanism, the Post-Dispatch reported.

Wilson said he fired two shots, and Brown was hit in the hand and ran. He told investigators that he fired again when Brown turned back and charged at him, according to the paper.

Earlier, a private autopsy conducted for the Brown family showed the teen had been shot at least six times, including twice in the head.

Dorian Johnson, who was walking with Brown on a street when the shooting occurred, told CNN that the officer pulled up and told them to get on a sidewalk. They told him they were almost home and would be off the street shortly.

Still in his car, the officer grabbed Brown by his neck, but he tried to pull away as the officer pulled him toward him, Johnson said.

The officer drew his weapon and fired, hitting Brown, Johnson said. A bloodied Brown took off running, but the officer followed him and fired, according to Johnson.

Brown turned around with his hands up and told the officer he was unarmed, but the officer fired and the teen hit the ground, Johnson said.

Brown's blood was found on the officer's uniform and inside his police car, law enforcement sources told CNN this week. Those sources corroborated details first reported by The New York Times.

At least one of the wounds Brown suffered is consistent with a struggle and appeared to have been inflicted at close range, according to a different source with first-hand knowledge of the investigation.

But Cevallos said the details about Brown's blood on the officer's gun and on his uniform might only go so far in helping the officer's case.

"Ultimately, that officer will have to come up with justification not for firing his gun the first time, but for each and every bullet that came out of his firearm -- whether at the car or away from the car," he said.

Brown's death is the subject of two inquiries: one by a St. Louis County grand jury considering whether Wilson should be charged, and the other by federal investigators looking into whether any civil rights violations occurred.