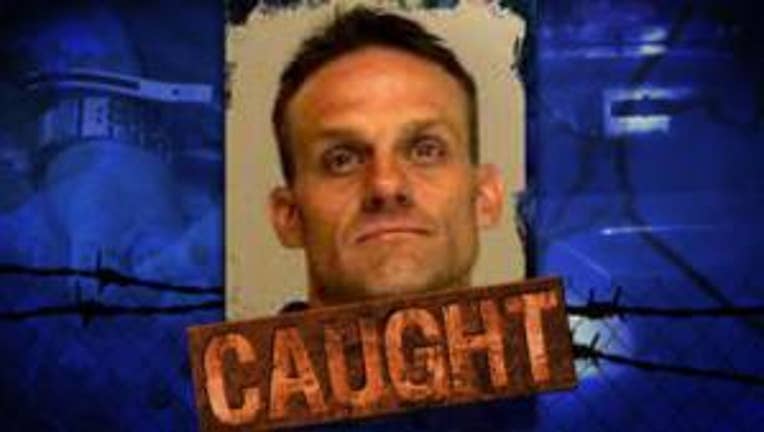 The Spokane County Sheriff's Office says Shaun Davis was booked into jail on Tuesday by his supervising Department of Corrections officer. ---ORIGINAL CASE 10/5/12--- Definitely put our next fugitive on the "dumb criminal" list! Repeat Offender, Shaun Davis, is wanted by the Department of Corrections for Escape in Spokane County, where he isn't checking in like he's supposed to. In his latest of many arrests, cops found him sleeping in a car. When they asked him for identification, he handed them his inmate ID card -- kind of a red-flag for officers. As you probably guessed, he was wanted, and arrested. But, here's where he shows how 'not-so-smooth' a criminal he is: When they asked Davis what belongings he wanted to take to jail with him, he pointed at his chewing tobacco. Low and behold – it had a bag stuck to it -- with pot and crystal meth in it. Here are the details on SHAUN DAVIS:

If you know where this missing, not-so-smart repeat offender is hiding, call an anonymous tip into: CRIME STOPPERS: 1-800-222-TIPS You must call the Crime Stoppers hotline with your tip to be eligible to receive the cash reward for information leading to a fugitive’s arrest. Click here for information on how to TEXT A TIP to Crime Stoppers