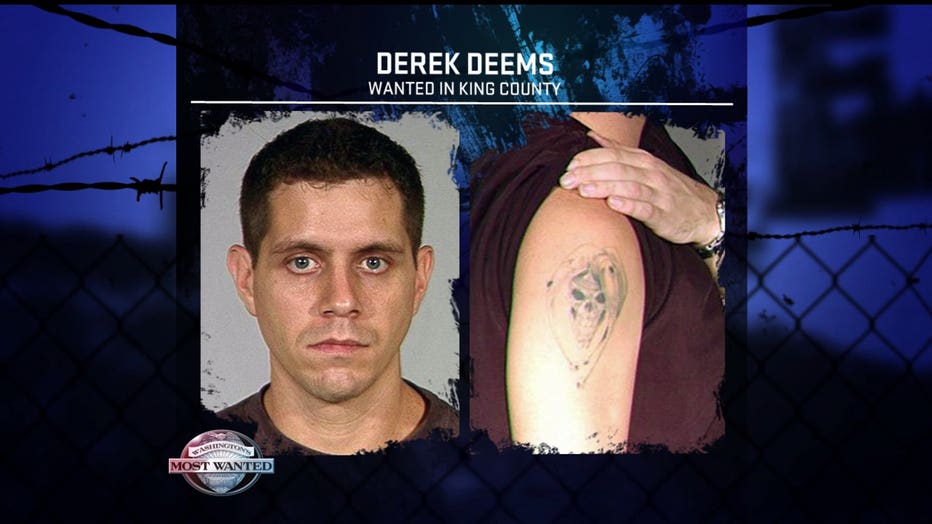 WANTED IN KING COUNTY Jan. 17, 2014 -- Take a good look at convicted child rapist Derek Deems. He has five warrants out for his arrest right now, including one in which he's accused of a violent attack on a random woman on the street. Police say he punched her, held her down with his knee on her neck and then went crazy on her car when she tried to drive away --  even jumping on the hood and trying to kick out the windshield. He's also wanted for failing to register as a sex offender. "In 2010, he was convicted of raping a 14-year-old girl who he was acquainted with," King County sheriff's Sgt. Cindi West said. "He's registered as transient. We don't know where he's at. He's repeatedly failed to check in weekly, as required by law. We believe he is a danger to the community and want to get him off the street." Deems is 27 years old, has been busted for a bunch of crimes, including domestic violence assault, and is also wanted in Renton and Ellensburg. If you know how to get this missing child rapist back on the map in King County, so he can face his five warrants, call an anonymous tip into: CRIME STOPPERS: 1-800-222-TIPS You must call the Crime Stoppers hotline with your tip to be eligible to receive a cash reward for information leading to a fugitive’s arrest. CLICK HERE for information on how to TEXT A TIP to Crime Stoppers