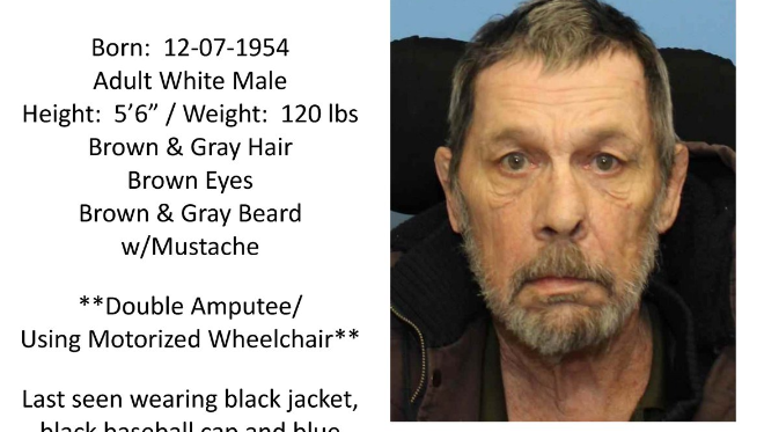 RENTON, Wash. - The Renton Police Department (RPD) is asking the public for help in finding a missing man, double amputee who uses a motorized wheelchair.

According to RPD, 67-year-old Charles R. Horine was reported missing from the Renton Nursing and Rehab Center at SW Victoria St. and Hardie Ave. SW near Renton High School at around 7:00 p.m. Wednesday.

The RPD says Charles is described as a white man, with brown and gray hair, brown eyes, and a beard. He was last seen wearing a black jacker, black baseball hat and blue jeans.

The nursing home says Charles tends to frequent the downtown Renton area, in particular the Fred Meyer located at 365 Renton Center Way. Fred Meyer security says they last saw Charles at around 8:00 p.m. Wednesday, but have not seen him since.

Authorities are asking anyone who has seen Charles or know of his whereabouts to please call 911 and reference case number 22-5384.