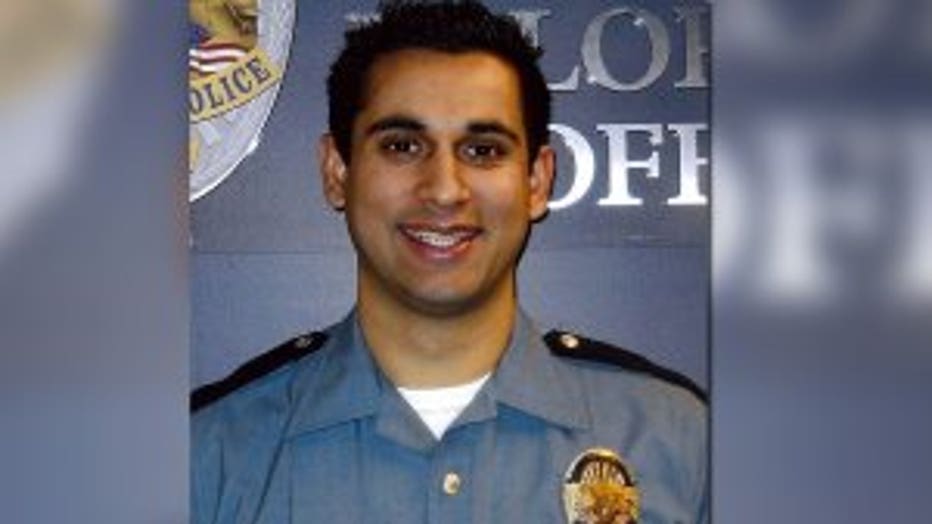 RENTON, Wash. -- New court documents are giving more details about what led up to a Renton police officer being arrested in Des Moines early Saturday morning.

The victim told investigators Soni texted her to meet him before dawn Saturday saying he wanted to talk about a case involving her ex-boyfriend.

When a friend dropped her off, the victim says Soni was waiting with a bottle of wine and two cups.

The victim says they spent a couple of hours drinking. During that time, she says Soni deleted some messages on her phone and told her to take off her clothes.

The victim says she willingly did that but then Soni started hitting her and that's when she tried to get out of the situation.

Just before 6 a.m., the victim managed to run to a nearby home where she contacted authorities. Prosecutors asked a judge for $100,000 bail on concerns about the accusations against Soni. They added that Soni may have covered his tracks when the victim accused him of deleting messages off her phone.

The judge opted to let Soni go on his own recognizance. Renton police say Soni is on administrative leave, and it's running an internal investigation alongside the Des Moines police investigation.

Renton police released the following statement regarding the situation:

“If the allegation against (the officer) is true, it is deeply unsettling. However, we have confidence and trust in our judicial system to conduct a thorough investigation resulting in the appropriate outcome.”