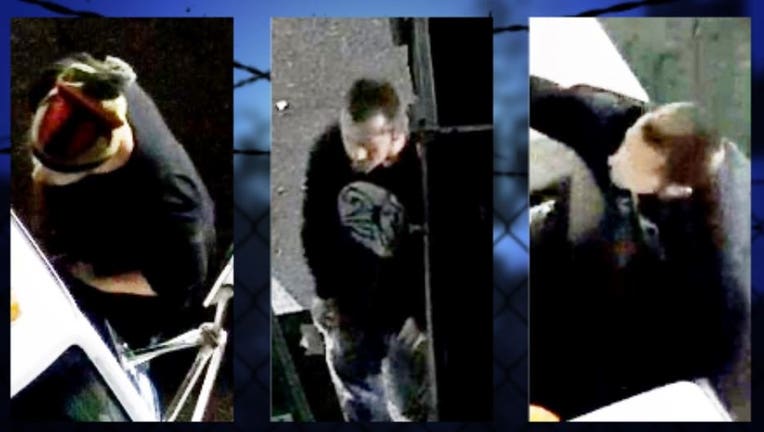 RENTON, Wash. -- Renton Police are asking for the public's help to identify two suspects wanted in a case of vehicle prowl, assault and car theft.

A security officer at Car Pros on Lind Avenue called police after he saw the crooks on surveillance camera stealing commercial lights and electronic equipment from a utility truck.

As an officer arrived, one suspect described as Hispanic or a mixed-race male with dark hair, in his 20s to 30s, 5-foot-10, with a medium build, bolted.

"He looked at the patrol car and then he looked at his partner and then he decided to get out of there. He didn't say anything to his buddy. He just took off," said Commander Dave Leibman.

The other suspect described as white, late 30s to 40s, 5-foot-9, with a medium build and dirty blonde/brownish hair and wearing a hat, grabbed a hammer and ran to the stolen vehicle and jumped into the driver's seat.

"The officer ran after him, opened up the door. The vehicle took off backwards and it pinned the officer in the V of the door," said Leibman.

The stolen car was found in Tukwila.

During their investigation, police say they obtained a surveillance photo of a suspect from a Walmart store. 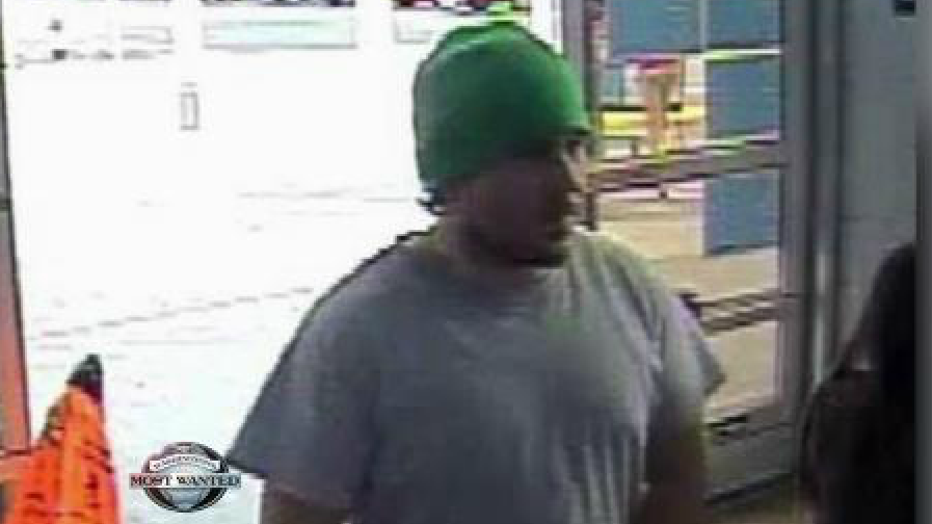 Crime Stoppers is offering a cash reward of up to $1,000 to anyone who can identify the suspects or help police locate them. You can remain anonymous. Submit the information at http://www.P3Tips.com or by calling 1-800-222-TIPS or on the P3 Tips App on your phone.