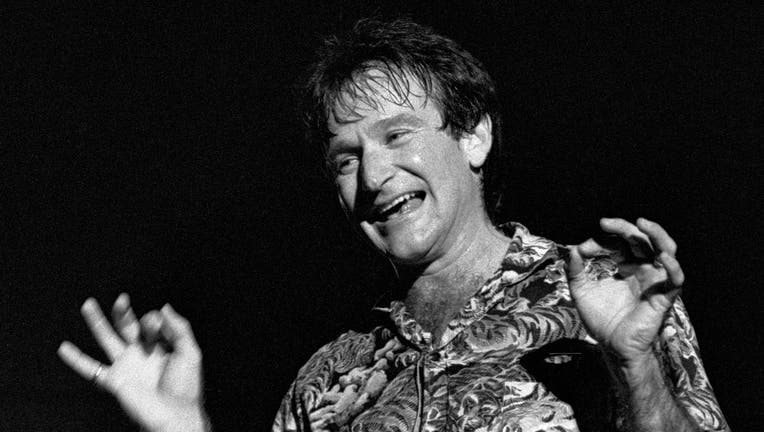 CHICAGO - Robin Williams, the legendary actor and comedian whose gifts for improvisation, mimicry and empathy made him a formidable talent as well as a beloved public figure, died on Aug. 11, 2014. On the anniversary of his passing, let’s look back at some hidden gems from the Oscar winner’s remarkable career. All can be streamed for free on Tubi.

Williams stars with Kurt Russell in this nostalgic sports comedy, in which a man who dropped a perfect pass in his high school’s biggest football game attempts to rewrite history years — many years — after the fact.

Watch it if: Your favorite Williams performances are his everyman performances — think "Mrs. Doubtfire" before the drag.

Williams played many a madcap role — even his dramatic performances often gave the actor plenty of opportunities to showcase his quickness, timing and versatility. But he was no less impressive in more restrained roles, such as the one he plays in this near-future sci-fi thriller.

"In a world where everyone's memories are recorded via microchip, a man who edits this footage has worries about his own mental archives." Mira Sorvino and Jim Caviezel also star.

Watch it if: The funnyman’s ability to play it straight dazzles you, à la his performances in the acclaimed "One Hour Photo" and "Good Will Hunting".

Bobcat Goldthwait wrote and directed Williams in this dark (dark, very dark) comedy, in which "a father turns his son's twisted accident into a ticket to approval and respect," but discovers that "keeping a dark secret may not be worth his newfound self-esteem." A quick content warning: "World's Greatest Dad" addresses suicide and suicidal ideation.

Watch it if: You appreciate Williams’ knack for black comedy, as seen in films like "Death to Smoochy."

We can’t look back at Williams’ many accomplishments without addressing his stand-up and his work as a philanthropist. This compilation includes just a few of the highlights from the long history of Comic Relief, a series of specials hosted by Williams and friends Billy Crystal and Whoopi Goldberg which raised many millions of dollars to support unhoused people, endangered species, recovery efforts after natural disasters and more.

Watch it if: You’ve never seen Williams behind a mic — he’s one of the greatest of all time.

Simon Pegg stars in this screwball sci-fi comedy, in which "the fate of Earth depends on an ordinary man" who’s given ultimate power by extraterrestrial forces, eager to see what he’ll do given the chance — and to pass judgment accordingly. This is Williams’ last film.

Watch it if: You love Williams’ voiceover performances, such as the masterful turn he gave in Disney’s "Aladdin."