TULSA, Okla. - The Tulsa County Medical Examiner’s Office on Tuesday positively identified the remains of an Oklahoma man who went missing along with his friend after failing to return from a horse show in October.

The remains of Jack Grimes, 76, were found by hunters on Oct. 31 in a treeline on the 2000 block of E. 59th North Place in Turley, Oklahoma, which was also less than a mile away from Grimes’ residence, the sheriff’s office noted.

Grimes and his friend, Dwayne Selby, 59, were supposed to return from a horse show in Fort Worth, Texas on Oct. 24, but family members told investigators that Grimes failed to call them, alerting them that both he and Selby arrived safely.

A family member of Grimes, as well as Selby’s mother, Glenda "Cookie" Parton, 80, reported the pair missing to authorities. 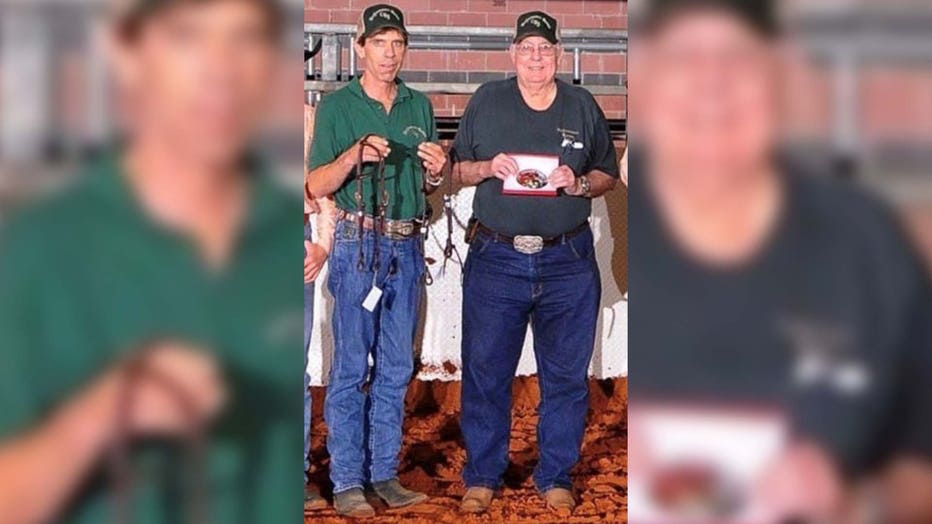 Amid the investigation into Grimes and Selby’s disappearance, Selby’s mother, Parton, also disappeared while searching for her son in the Turley area on Oct. 25. She was last seen at about 8 p.m., deputies said.

Images taken from a surveillance video on Oct. 25 show Parton interacting with an unknown man at a local business. Investigators were able to locate and interview the man but provided no further information.

On Oct. 26, one day after Parton was reported missing, investigators located her car, which was abandoned on the side of Highway 75 near the 56th Street North exit in Turley. According to the sheriff’s office, the abandoned car was also found less than a mile away from Grimes’ residence.

"We currently are searching the area where Jack’s remains were found for additional victims for we cannot rule out the possibility that Glenda and Dwayne have also been met with foul play," Tulsa County Sheriff Vic Regalado said during a Nov. 2 news conference.