Referendum 90 was Washington’s only statewide ballot measure in the November election and the nation’s first sex ed fight to be decided at the ballot.

The passing vote upholds a state senate bill approved in March by Democrats without any Republican support, which quickly triggered immense backlash. A historic petition followed, forcing the issue onto the ballot and sparking a bitterly partisan fight that has now become a test of the reach and influence of the state’s GOP forces as the minority party in this deeply liberal state. 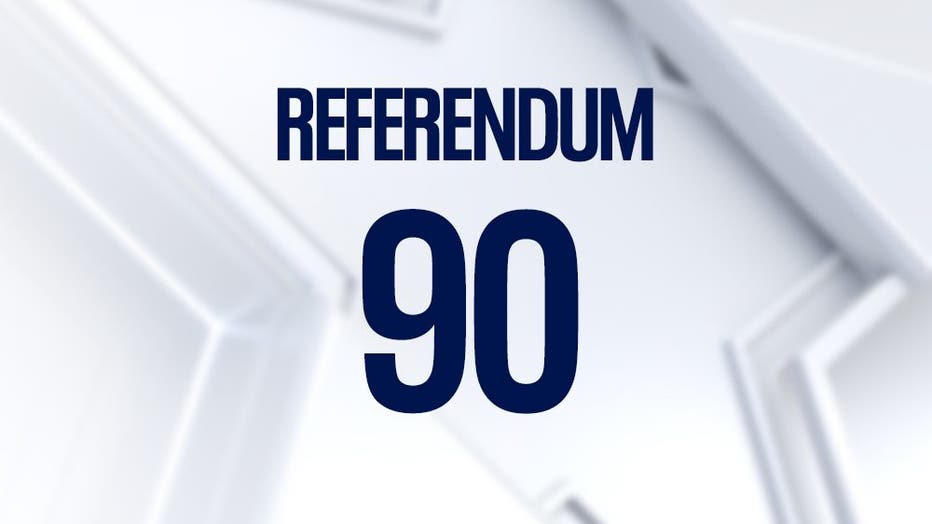 Safe & Healthy Youth Washington, the campaign in support of sex ed that is largely backed by Planned Parenthood affiliates, significantly outraised Parents for Safe Schools — the group against the sex ed bill that was primarily funded by state Republican lawmakers — in contributions.

In the bitterly partisan race, supporters of sex ed had decried the distortions and misinformation about the sensitive curriculum that have spread online in recent months, particularly around a cartoon that is included on a list of approved supplemental resources that are optional for parents, which is not a part of the student material.

“I think it’s sending a message that voters want factual, honest information,” said Courtney Normand, director of a Planned Parenthood-affiliated political group in the state who is leading the campaign in support of the sex ed bill. “If you’re not going to have an honest fight about that or not an honest discussion about it, then voters can see through that.”

Those in support of sex ed say a statewide standard is needed to address a public health crisis. They argue that children even at very young ages should be able to talk about sensitive topics with trusted adults at schools in order to potentially stop sexual abuse among young boys and girls who may not even understand what an inappropriate touch is.

Now, Washington state’s 295 public school districts will be required to choose or create curriculum that aligns with the new wide-ranging sex ed standards and must teach age-appropriate concepts by grade level. The bill goes into effect 30 days after Referendum 90′s passage.

Kindergarteners will be taught how to manage feelings and make friends. What is taught in the older grades is what makes it one of the most progressive statewide sex ed mandates in the country, as it addresses relatively new concepts in the classroom — like affirmative consent that was born from the #MeToo movement — and also LGBTQ issues, and bystander training.

RELATED: Voter Guide: Sex Ed is on the ballot. Should it be mandated for all students K-12?

A majority of all school systems already offer sex ed at some level, most commonly in the middle school grades, though a small number of districts have reported not teaching it at all.

Critics of the sex ed bill were incensed by the cartoon, which they said was akin to teaching sex positions to fourth-graders. The issue carried over into the non-partisan race for state schools chief and evolved into a defamation case that was decided by the state Supreme Court in favor of the anti-sex ed candidate.

A coalition of Republicans and religious conservatives have opposed the content of the standards and rallied for local control. Republicans say they aren’t necessarily opposed to sex education but see the statewide mandate as heavy-handed.

Some of the sex ed concepts have also offended religious conservatives like the Washington State Catholic Conference, the policy arm of the state’s church leadership. Instrumental in the petition process, the Catholic church says teaching affirmative consent goes against their religious beliefs on premarital sex.