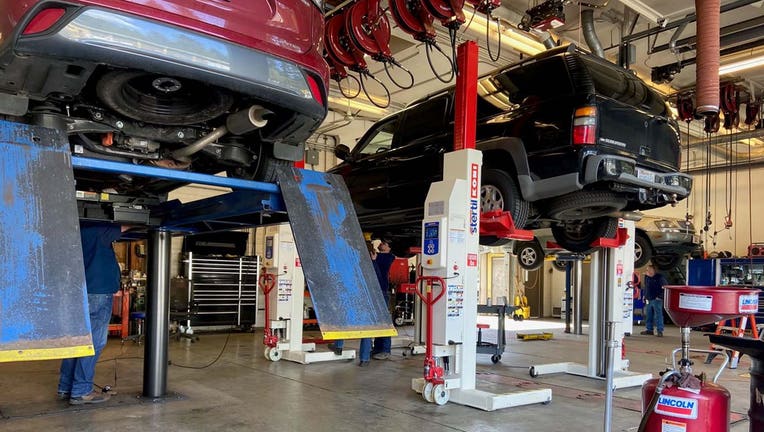 REDMOND, Wash. - Redmond Police held a catalytic converter etching and painting event this weekend, with the goal of helping car owners protect themselves from theft.

Western Washington has seen a rash of thefts of catalytic converters—an exhaust control device underneath cars, which can be easily sawed off by thieves and sold off for the precious metals inside. The rise in thefts has even prompted nine law enforcement agencies to team up and form a task force to address it.

The Redmond Police Department and city held a free community "etching and painting" event for residents and the catalytic converters on their cars.

Authorities encourage car owners to engrave the last eight digits of their vehicle identification number (VIN) on the converter, then highlight it with high-temperature paint. If your converter is stolen and reported, police can quickly track it back to you if it is found.

It is these safety recommendations that the Redmond etching and painting event was meant to address. Authorities say more than five dozen cars came through for service.