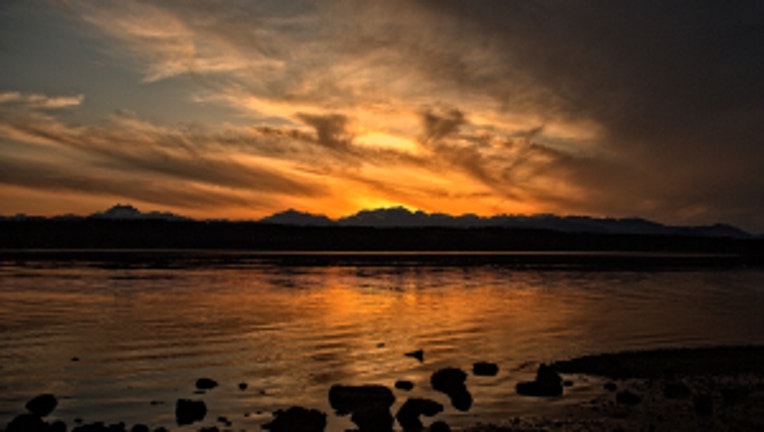 SEATTLE -- Looks like today is the coolest and wettest day of the week-- and the best news of all is that it looks like the last weekend of May will be the best of the month. It's been a soggy spring for certain, the Seattle National Weather Service office says we've already broken the record rainfall record for the February to July period-- with more than two months to spare. Not hard to imagine with March being the wettest ever for Seattle with more than 9" of rain. April was the 9th wettest, May so far is the 8th wettest. I like the rain, but that's a bit much for even the heartiest of Northwesterners.

TODAY we're looking at on/off showers likely and a chance for an isolated afternoon t-storm and highs 60-65. Those isolated t-storms can have gusty winds, brief downpours, small hail and of course the dangerous lightning. The best bet for these thunderstorms is between 2pm until about 6 for the lowlands. They could continue in the Cascades and Cascade foothills until 8 or 9pm. Tonight looks mostly cloudy with lows near 50. In the Cascades, we're also seeing unseasonably low snow levels. Some of the highest passes in Oregon and Washington could see between 1-2 inches of new snow.

TOMORROW there's still a chance for a few isolated morning showers, but we look dry by the afternoon. High temps returning to the mid-60s.

FRIDAY we're going to see nice amounts of sunshine and temperatures back into the 70s for Seattle/Puget Sound and near 80 for SW Washington/Portland/Willamette Valley.

THE WEEKEND looks fantastic. Beautiful sunshine and temperatures 75-85 for the region on SATURDAY. We're also looking a nice SUNDAY with a mix of sun and clouds with highs about 5 degrees cooler.

NEXT WEEK still looking mostly pleasant. We could have a few showers back by mid-week. 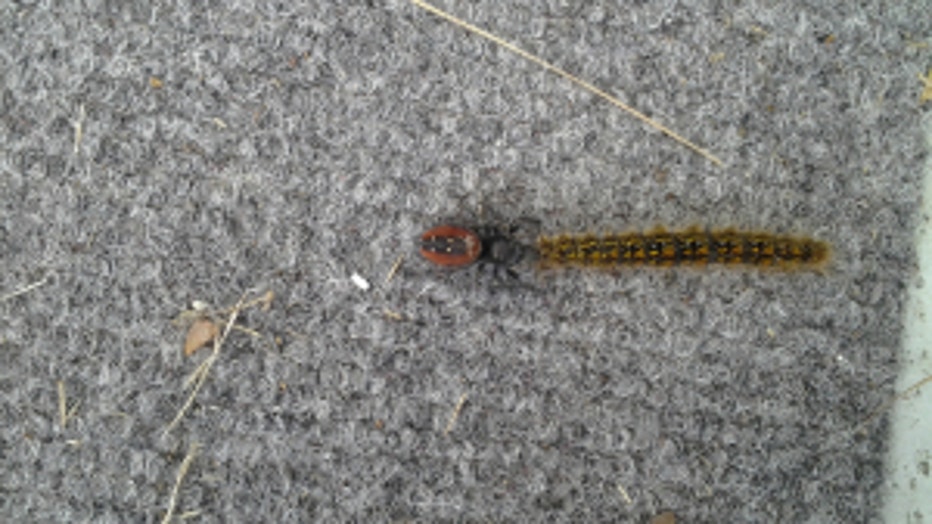 Spider vs. Caterpillar. Viewer pic from Norm in Sequim.