An excessive heat warning starts Tuesday at 2 p.m. and goes through Friday at 9 p.m. 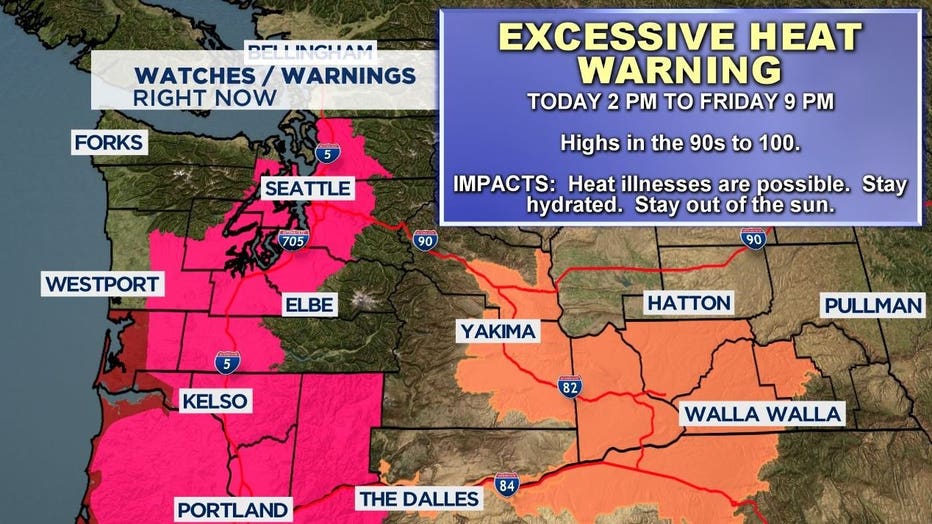 Thursday and Friday are expected to be the hottest days in the heat wave. Q13 News Chief Meteorologist Walter Kelley says some cities on Thursday could top 100 degrees; the hottest day for Western Washington since July 29, 2009.

"As long as weather records have been kept in Western Washington, there are no marks as high as we expect this week," Q13 News Meteorologist Rebecca Stevenson said on Tuesday's Facebook Live.

She also explained how the rare Pacific Northwest heat wave came about. "A hot air-mass, under high pressure, with an east wind, are the key features to maximize the sun's radiation 3 to 4 days in a row."

A big concern from this week's excessive heat is overnight low temperatures. Stevenson says the night-time lows will not cool very much allowing heat to build up inside homes and apartments over time.

"Thursday through Saturday, morning the lows will be near 72 degrees," Kelley said.

Kelley said along with setting record high temperatures we may also set records for our low temperatures being too warm.

Record high temperatures are anticipated on the coast today.  Hoquiam is forecast at 83° with the standing record at 78° set in 1993.  Quillayute may tie its record of 82° set in 2015.

Inland temperatures will climb to record levels Wednesday through Friday. 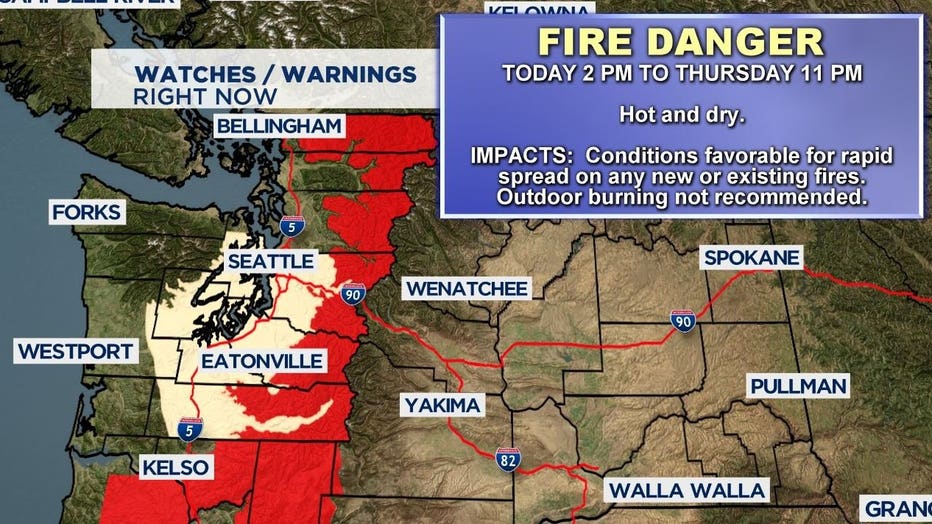