Flushmate is recalling 1.4 million of its flushing systems nationwide because they could explode.

According to the U.S. Consumer Product Safety Commission, the Flushmate II 501-B pressure assisted flushing system can burst at or near the vessel weld seam and release stored pressure. That can in turn lift the tank lid and shatter it which could cause injuries or other property damage. 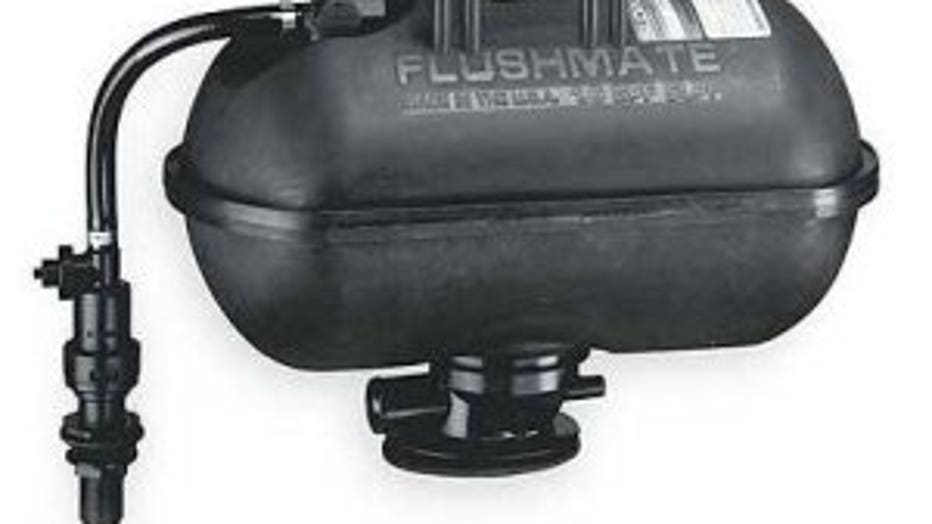 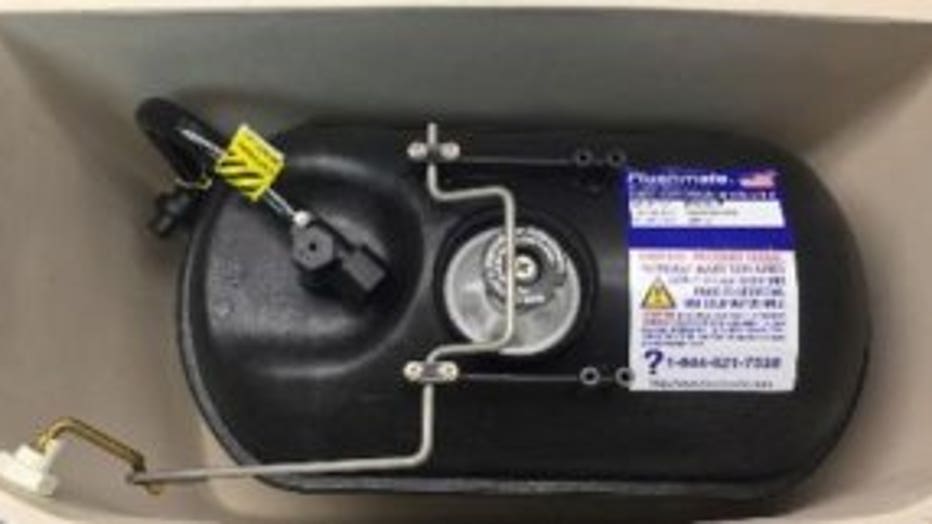 The Michigan-based company has received 1,446 reports in the U.S. and 7 reports in Canada of the system causing property damage, including 23 injury reports with one requiring foot surgery.

If you have an affected system, officials say turn off the water supply to the unit and flush the toilet to release the internal pressure then contact Flushmate for a free replacement unit and installation.

Here's how to check if your system is affected from the U.S. Consumer Product Safety Commission:

This recall is for Flushmate II 501-B pressure-assisted flushing systems installed inside toilet tanks that were manufactured from September 3, 1996 through December 7, 2013. The units are rounded oval, black, two-piece vessels made of injection molded plastic. Recalled units have a date code/serial number that is 15 characters long and is located on the label on top of the Flushmate II 501-B unit. The first six numerals of the serial number are the date code. The date code range for units included in this recall in MMDDYY format is 090396 (September 3, 1996) through 120713 (December 7, 2013). The model code is 10 characters long and is located on the same product label. The model code starts with M and ends with F. Units included in this recall were sold individually and installed in toilets manufactured by American Standard, Corona, Crane, Kohler and Mansfield.