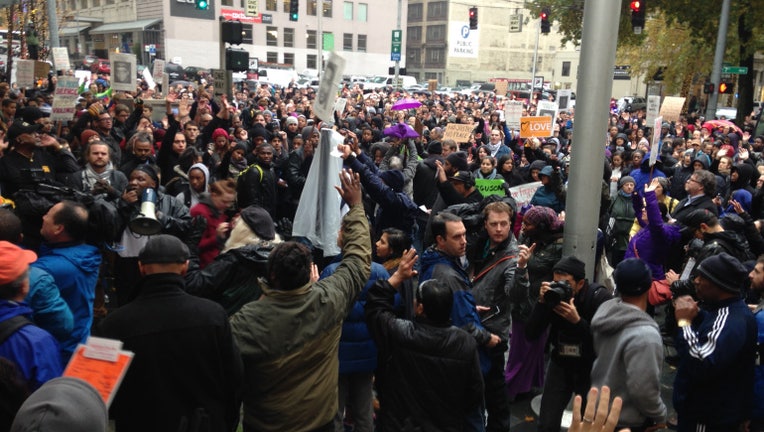 SEATTLE -- Several groups are planning protest events in downtown Seattle while families enjoy the parade and other activities the city has to offer.

Anti-police and anti-capitalist groups are planning marches and protests in Westlake Plaza and on Capitol Hill during the busiest shopping day of the year.

The parade begins at 9 a.m. in downtown Seattle with other family events afterwards. Protests could begin at Westlake Plaza as early as 11 a.m. More protesters are expected to meet at 1 p.m.

Seattle Police Cheif, Kathleen O'Toole, says families have nothing to worry about.

“We always have a lot of presence downtown the Friday after Thanksgiving," O'Toole said. "We’ll have a lot of our bicycle officers out and about. You’ll see many of them and uniformed police. It’s in the ordinary course of business we’d have them out anyway.”

This morning, several police officers were seen patrolling Westlake Plaza hours before the parade was scheduled to begin.

O'Toole said Seattle Police have a lot of practice with protests.

“Seattle Police Dept. does a really great job at protests. We’ve had over 300 protests this year. Prior to Monday, we only had arrests in two or three instances.”