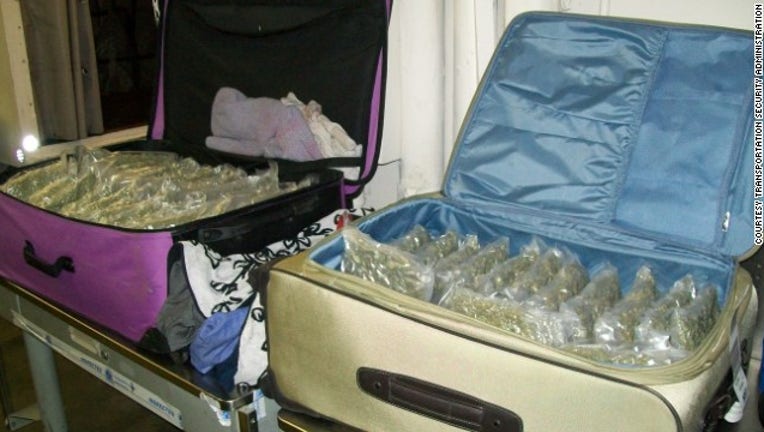 But if you pack your suitcases with 81 pounds of marijuana, TSA officers screening your checked baggage are very likely to notice.

On Friday, a 26-year-old woman was arrested at Oakland International Airport after the TSA allegedly discovered marijuana in her three checked bags, according to the TSA. The Jackson, Miss., resident was attempting to fly from Oakland to Jackson, Miss., via Phoenix and Dallas.

"TSA screens every bag placed on an airplane, whether taken as carry-on or checked with an airline," said TSA spokesman Ross Feinstein, via e-mail.

If officers find something that's probably a crime, they refer it to local authorities, who can decide whether to arrest and prosecute travelers.

"As is common practice, TSA notified the Alameda County Sheriff's Office of the discovery, who responded and took possession of the marijuana," said Feinstein. "The passenger was subsequently arrested on criminal charges."

A small bit of pot might not get you in trouble, according to some security officials.

Some 81 pounds of marijuana in three separate checked bags? That's going to cause some trouble.