SEATTLE -- May Day protests in downtown Seattle Wednesday night turned violent for the second straight year, with protesters throwing rocks, bottles, metal bars at police and others. Police said eight officers were injured, mostly with scrapes and bruises, and 18 people were arrested. 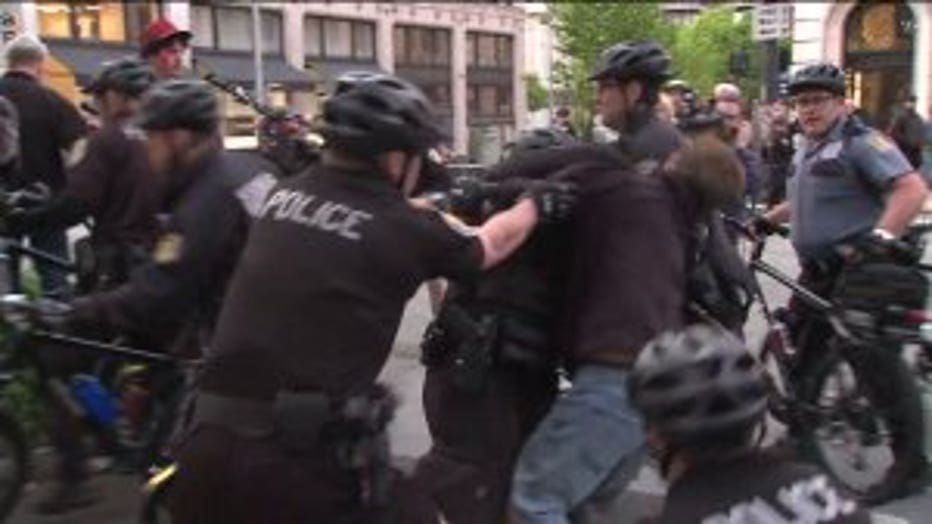 Police used pepper spray and "blast balls" -- a small firework-like device that gives of a loud bang, a flash and a dose of pepper -- and other devices to drive the crowd of 150 to 200 people back.

Some in the crowd -- self-described anarchists -- wore masks and bandanas to cover their faces. As they moved into the downtown area, the protesters began chanting, "Let's go shopping."

"They approached the area of Westlake Mall," said police Capt. Chris Fowler said. "They stopped. It was at that time that we began taking rocks and bottles."

Rocks, bottles and metal bars were thrown at police, and windows in at least two businesses were broken.

"We organized a response to that," Fowler said, adding that they made two arrests of people throwing objects. But the crowd surged toward the officers in an attempt to prevent the arrests, he said.

At about 7:45 p.m., police ordered the crowd to clear the streets or face possible arrest.

Later, police said 18 people were arrested, mostly for assault and/or property damage. Of the eight injured police officers, the Seattle Police Department said one was hit in the knee with a piece of thrown asphalt and the others had scrapes and bruises.

This is the second consecutive year that self-described anarchists have broken windows and damaged cars in the downtown area on May Day. 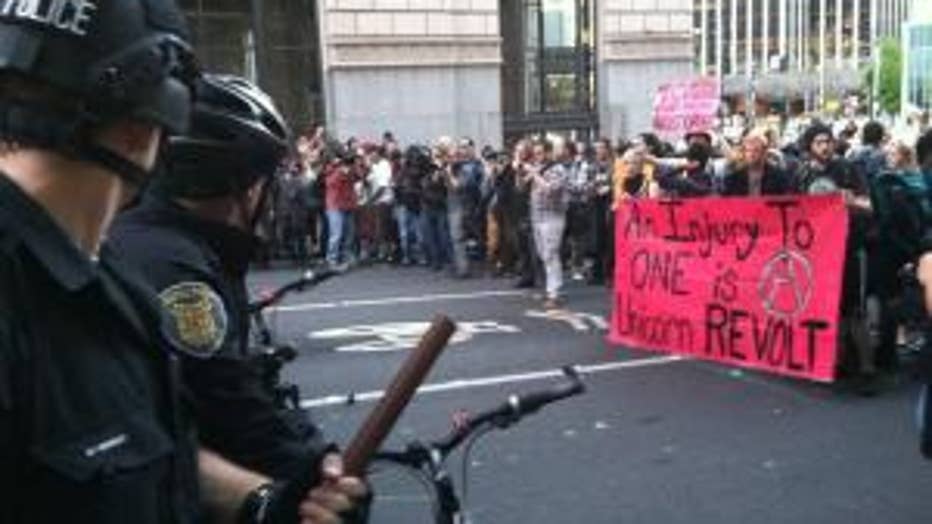 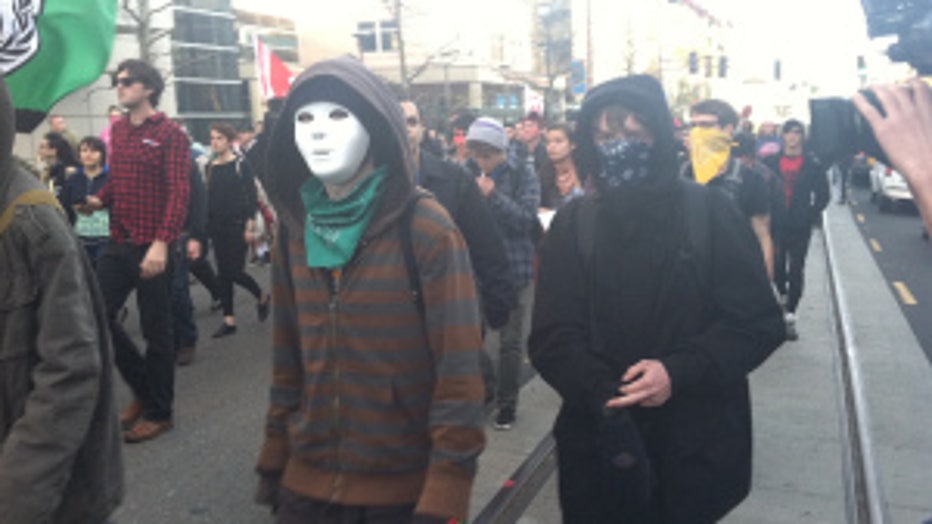 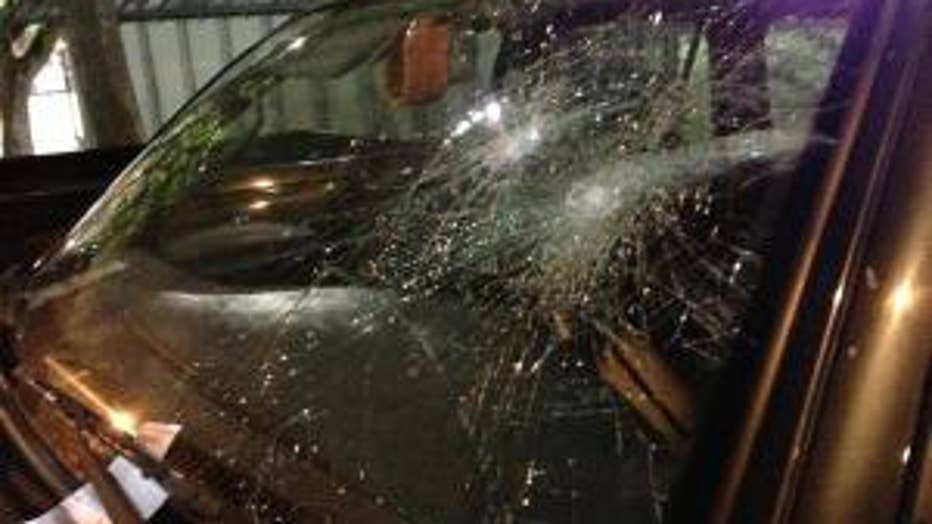 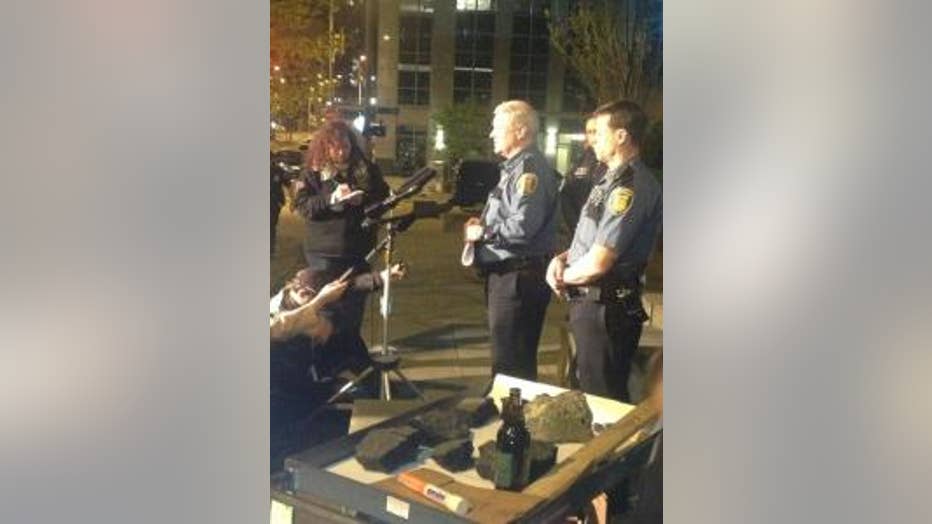 Seattle police said these were some of the objects thrown at officers during the May Day violence Wednesday night. (Photo: Seattle Police Dept.)