KERAL, INDIA -- Charges were filed against a man who allegedly allowed his 9-year-old son to drive a Ferrari with his 7-year-old brother in the passenger seat in India Monday.

The video sparked outrage across the internet. Especially since the Ferrari was gifted to his son as a ninth birthday gift. 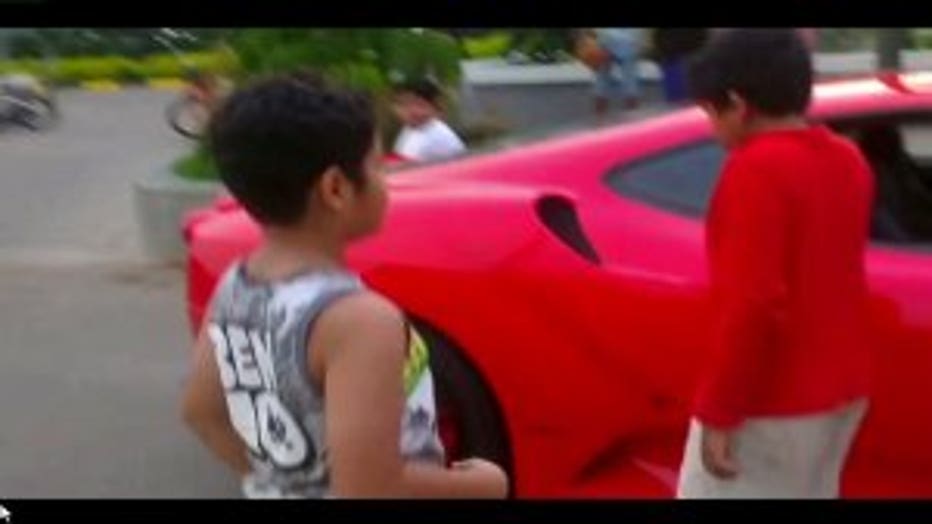 Still, his parents said they didn't regret the gift.

"I am proud of him," Nisham reportedly said. "He's been driving since he was five."