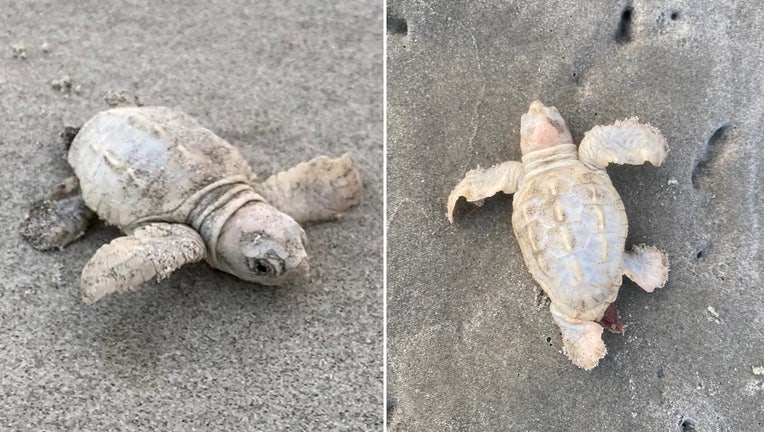 The town of Kiawah Island posted on its Facebook page that the Kiawah Island Turtle Patrol found a lone white baby sea turtle on Sunday. Photos show a tiny turtle that’s a creamy white color rather than the more typical gray or green of a sea turtle.

The town says the hatchling is believed to have a genetic condition called leucism, which causes animals to have reduced pigmentation. The condition is described as extremely rare, but it's unclear exactly how often such turtles are found in the wild.

The Olive Ridley Project, a sea turtle conservation group, says sea turtles with leucism typically have a hard time surviving because of a lack of camouflage.