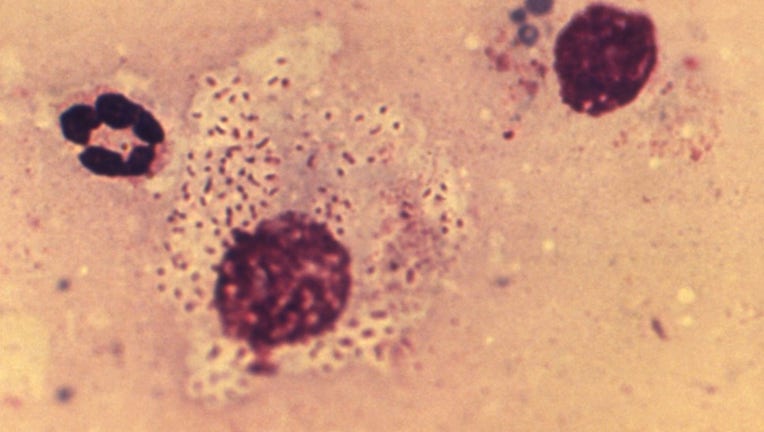 This photomicrograph of a tissue sample extracted from a lesion in the inguinal region of the female granuloma inguinale, or Donovanosis patient. (Credit: CDC)

A rare sexually transmitted disease is on the rise in the United Kingdom, according to a report citing a local health official.

"Figures suggest that donovanosis - which was previously thought to be restricted to places including India, Brazil and New Guinea - is becoming more common on these shores," Dr. Shree Datta from London’s MyHealthCare Clinic told Birmingham Live. "As well as the awful symptoms, it's important people are aware that it's a known risk factor for the transmission of HIV."

According to the U.S. Centers for Disease Control and Prevention, donovanosis, granuloma inguinale, spreads through sexual intercourse with an infected patient, or by coming into contact with a patient's infected ulcer. The painless disease causes progressive ulcerative lesions on the genitals or perineum, which are prone to heavy bleeding.

The tech company, which makes the Xbox gaming system, announced Thursday that it's sharing the tool with nonprofit organizations and other gaming and messaging service developers.

According to USA Today, there were 30 reported cases in the United Kingdom in 2019. That was up from 19 cases in 2016, according to the outlet.

Patients are at risk of extragenital infections that can occur in the pelvic regions, or in intra-abdominal organs, bones or the mouth. The lesions may also develop secondary bacterial infections.

Donovanosis does not eat at the flesh in reality; however, the disease has been called "flesh-eating" due to the appearance of "beefy red" ulcers on the skin, according to USA Today.

A third of Americans would give up sex for a year in exchange for the perfect body, study claims

The survey also highlighted some of the most common reasons people avoid starting a fitness routine.

The CDC said treatment includes oral antibiotics such as azithromycin or doxycycline which are taken for about three weeks and until all lesions are healed. Prolonged treatment is needed for a cure.

Meanwhile, according to the CDC, reported STDs are on the rise in the U.S. for the sixth consecutive year. More than 2.5 million cases of chlamydia, gonorrhea, and syphilis were reported in 2019.