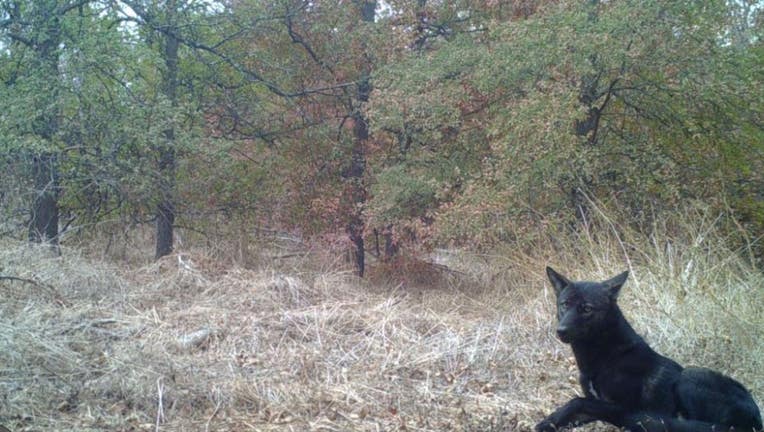 AUSTIN (KXAN) — This handsome black coyote couldn’t look any more peaceful as it chilled out in a rural area in Austin, Texas.

The rare creature was finally caught on camera after a painstaking three-month search conducted by wildlife officers from the Austin Animal Center.

When they started receiving reports of a black coyote in Austin, wildlife officers set up cameras to try to find it — but it was months before the shy animal finally showed its face.

The center posted images of the coyote on Facebook, and said it was spotted hanging out with five other coyotes with typical coloring.

They did not reveal where it was found to ensure that it won’t be disturbed.

Austin Animal Center said the distinctive black fur is believed to come from hybridization with domestic dogs, but how it arises remains a mystery.

The center also included some advice for what to do if anyone spots a coyote during daylight.

“Remember – as beautiful as he is, if you see a coyote during the day, remember to haze it,” the animal center said. That means doing a variety of actions, such as yelling and waving arms, to deter it from a certain area. The Humane Society of the United States has a guide for how to be “loud and large” when encountering a coyote.

“It’s important for them to learn that coming out during the day is scary, and they should stick to hunting at night,” it continued. “We can share space with coyotes, but not time!”