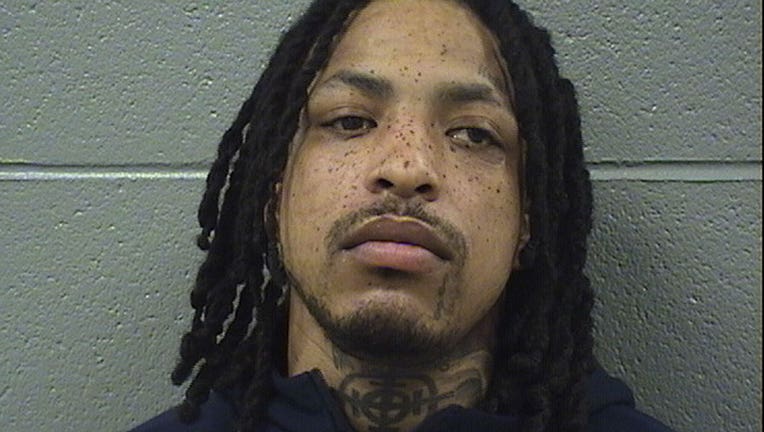 Londre Sylvester, 31, was killed after being released from a Chicago jail.

CHICAGO - A rapper who goes by the name KTS Dre was killed when he was shot dozens of times on Saturday night right after he was released from the Cook County Jail in Chicago.

The Chicago Tribune reports Londre Sylvester, 31, was a local rapper and was wearing a monitoring device on his ankle upon his release.  The paper said it appeared to be an orchestrated attack.

About 8:50 p.m., Sylvester and a 60-year-old woman were walking when two people got out of a car and began firing at them, Chicago police said.

Another woman, a 30-year-old who was walking in the area, suffered a bullet graze wound to the side of her face in the incident.

No arrests had been made as of late Sunday.

Sylvester was jailed in April for a bail violation in connection with a felony gun case. He was due back in court on July 27, 2021.

"KTS" reportedly stands for "Kill To Survive," a phrase he also had tattooed on his neck along with a target symbol.

Is hip-hop on trial? - [The Lyrics and The Law]

Hip-hop artists are going to prison for major crimes, and prosecutors say the evidence is right in their lyrics. FOX 5 NY's Mike Sacks takes a look at whether rap is being put on trial.