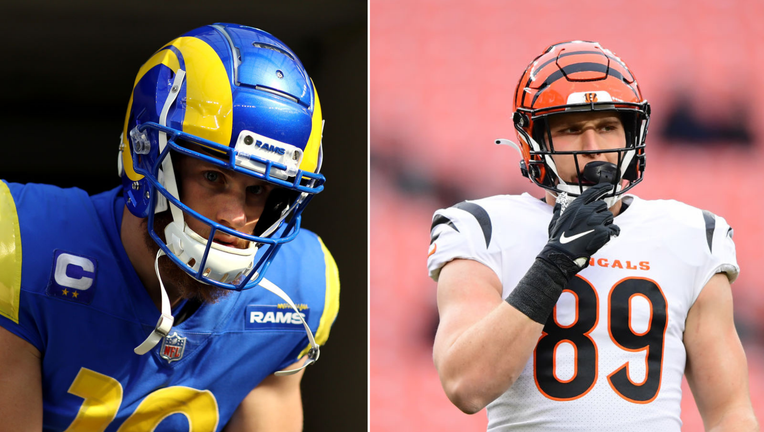 INGLEWOOD, Calif. - The Los Angeles Rams and the Cincinnati Bengals are set to face off in Super Bowl 56, and a handful of the players from both teams will be representing the state of Washington.

Between the two teams, there are five former University of Washington Huskies, which is the third most Super Bowl players by any college. This also marks the first Super Bowl appearance for each former Husky.

The following is a list of former players who will be in this year’s Super Bowl:

Greg Gaines: The former Washington Husky was picked by the Rams in the4th round of the 2019 NFL Draft. In the 2021 season, Gaines played in 17 games, recorded 48 tackles and 4.5 sacks.

Johnny Hekker: Hekker graduated from Bothell High in 2008 and played college football at Oregon State. He was signed by the Rams as an undrafted free agent in 2012. Hekker holds the longest punt in Super Bowl history – He punted a 65-yarder.

Cooper Kupp: The Yakima native, Davis High grad and former Eastern Washington wide receiver will get a second chance to win his first Super Bowl with the Rams. Kupp was picked by the Rams in the third round of the 2017 NFL Draft.

Taylor Rapp: The 24-year-old Sehome High School and University of Washington safety had missed the Rams’ postseason wins after suffering a concussion in Week 18 of the regular season.

Coleman Shelton: The former Washington Husky was signed by the Rams in 2019. Coleman played in 17 games in the 2021 season.

Drew Sample: The Bellevue-native, Newport High grad and Washington tight end was a second-round draft pick for the Bengals in 2019. In the 2021 season, he recorded 11 receptions and 81 yards.

Jake Browning: The former Washington Huskies quarterback was signed by the Minnesota Vikings as an undrafted free agent in 2019 and spent the last two seasons on the team's practice squad. He was signed to the Bengals practice squad after being waived by Minnesota.

This year’s event will be the second year in a row an NFL team will play the Super Bowl at home.