Ramon Huerta-Valera: Convicted felon suspected of leading troopers on a high-speed chase ending in a crash

KING COUNTY - King County Sheriff's detectives need your help locating a convicted felon who police say keeps getting his hands on guns - when he shouldn't have them at all.

Ramon Huerta-Valera, 20, is also accused of leading state troopers on a chase that ended in a crash. Someone could have been badly hurt.

State troopers say back in March, he led them on a chase along SR-167 in the Kent area, at times going more than 100 mph before crashing right into a car stopped on a ramp. He was driving without a back license plate and an unreadable temporary one.

Luckily no one was seriously hurt. Huerta-Valera was taken into custody but officials say he bailed out before investigators could serve a search warrant on the crashed car. They found four handguns inside.

Prosecutors say he's skipped two court dates. Officials say they're nervous about his reckless driving and worry that the longer he's free, more illegal guns could end up on the street.

Huerta-Valera has been convicted of unlawful firearm possession three different times. He also led police on a different chase a few years ago, and court documents say he crashed a car during that incident as well.

Police are concerned for people's safety with Huerta-Valera not in custody.

"What we know based on history is that this 20-year-old man has, one, collected a fair number of felonies, but we know he's always going to be armed, sometimes with multiple guns," Sgt. Tim Meyer with the King County Sheriff's Office says. "We need to get him in custody. We need to let him know that possessing firearms, especially as a convicted felon at the age of 20, is just putting him on an even darker path." 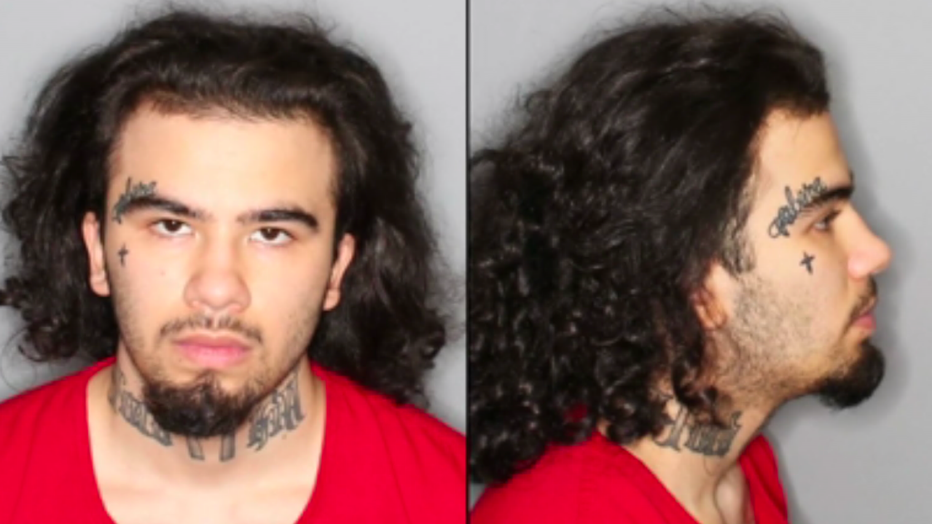 If you know where he is or have any information that could help lead to arrest, you can submit an anonymous tip to Crime Stoppers by calling 1-800-222-TIPS or by using the P3 Tips app. You could be eligible for a reward of up to $1,000.