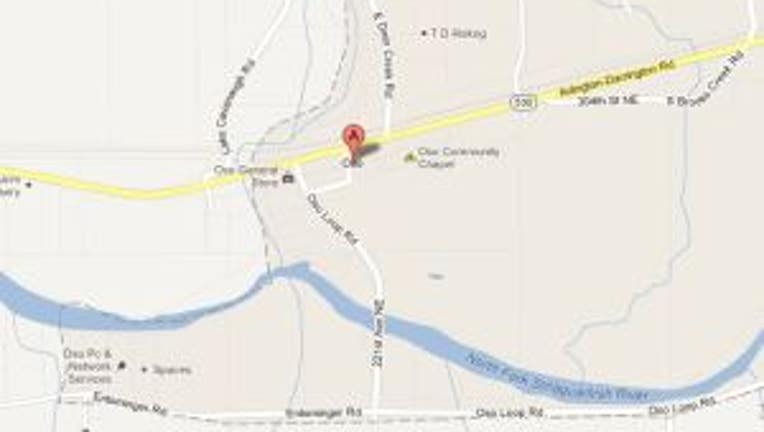 ARLINGTON, Wash. -- A man drowned in the North Fork Stillaguamish River near Oso on Sunday after his raft became tangled in logs and he was thrown into the water.

A female companion on a separate raft also fell in, but she was able to swim to shore.

Witnesses began calling 911 at about 2:30 p.m. to report seeing the pair in the water, Oso Fire Chief Willy Harper told The Everett Herald.

Crews worked for an extended time trying to revive the man, but without success, Harper told the Herald.

Officials said the man was wearing a life vest, but it somehow slipped off of him when he was in the logjam.

Ages and hometowns were not immediately released.

The rafting accident occurred near the 22400 block of State Route 530.