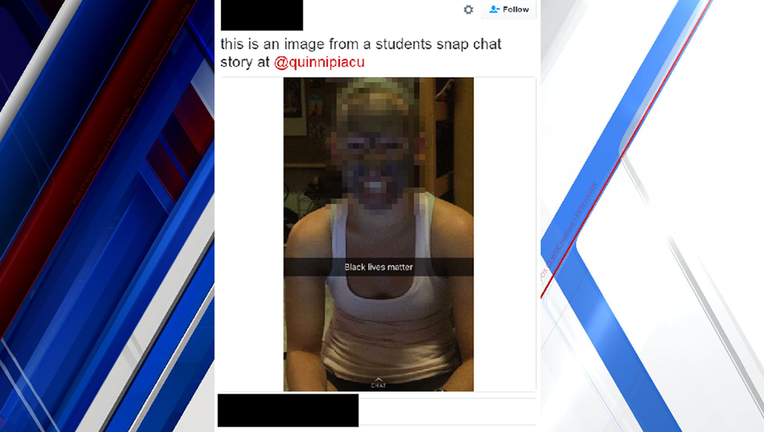 The photo shows a smiling white female with what appears to be black makeup on her face and the caption "black lives matter."

Many comments on Facebook indicate that they found the photo reprehensible, but want others to know that she is not representative of the Quinnipiac community.

It's unknown how the Snapchat photo went viral on social media in the first place.

On Tuesday, the university posted a statement on its Facebook page:

You may have seen a photo posted on social media this afternoon. We have released the following statement regarding this incident:

"The university takes this matter very seriously and acted swiftly to discipline those responsible for the offensive photo. This incident does not reflect the true nature of our university, where we have a long history of zero tolerance for any acts of racism, hatred or bigotry.”