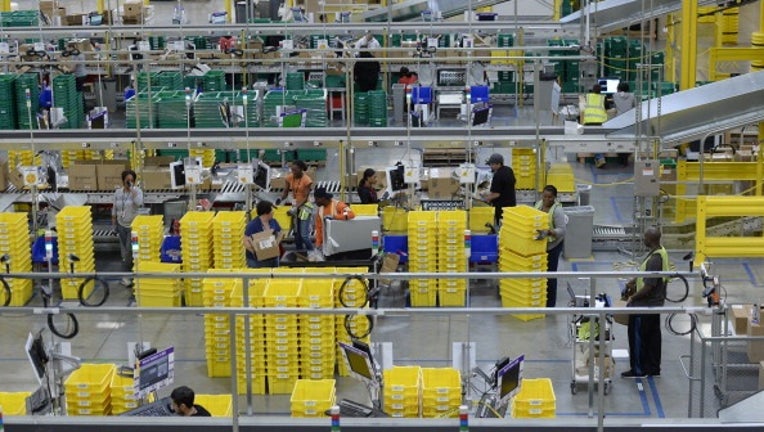 At least, that's what Amazon.com Inc. is offering its warehouse employees.

In a letter to shareholders this week, Chief Executive Jeffrey Bezos outlined the details of a rare human resources strategy the online retail giant has launched.

Dubbed Pay to Quit, the program is offered once a year to employees who work in Amazon fulfillment centers. In the first year, the offer is $2,000. After that, it rises $1,000 every year until it reaches $5,000. The aim is to weed out employees who are unsatisfied with their job and looking for a golden parachute.

"The goal is to encourage folks to take a moment and think about what they really want. In the long run, an employee staying somewhere they don't want to be isn't healthy for the employee or the company," Bezos explained.

In an interesting twist, the offer is marketed to its employees under a headline that reads: "Please don't take this offer."

The progressive human resources strategy has been employed by other successful companies, most notably Zappos, which Bezos acknowledged in the letter. The online retailer based in Las Vegas, often a case study for human resources experts, emphasizes happiness and weirdness as key workplace culture traits.

Netflix Inc. is another company that offers employees a big bonus for quitting. That company's rationale is that "adequate performance gets a generous severance package." In other words, Netflix would rather have less-than-stellar employees leave with money in their pockets and fill their spots with more talented employees.

Though the severance offer by Netflix is only for its corporate employees, not those who work at sorting facilities, the end result is a more engaged workforce, experts say.

A recent study of the American workplace by Gallup found that 70% of workers are "not engaged" or "actively disengaged," workers who are simply going through the motions and counting down until the end of the workday.

The severance strategy is a good way to weed out unproductive or disengaged employees, said Bruce Elliott, manager of compensation and benefits at the Society for Human Resource Management.

Firms such as Amazon, Zappos and Netflix are data-driven, Elliott said. They've probably crunched the numbers and learned it makes business sense to make this type of offer. There are costs associated with high worker turnover and new employee training, he said.

Don't expect other companies to trip over themselves to offer similar payouts. "It's really, really rare" for companies to do this, he said.

"It's a way to take those employees who are just showing up for a paycheck out of the company," Elliott said. "It's really going to be the disengaged … employees who will select out."