Seattle apartment boarded up after neighbors complain of squatters, drug use

A charming multi-unit apartment complex in Queen Anne is now covered in plywood after neighbors reported the property as a nuisance. The City of Seattle says its boarding up the building after the owners failed to respond to an emergency warning: http://via.q13fox.com/7m0TL

SEATTLE -- A charming multi-unit apartment complex in Queen Anne is now covered in plywood after neighbors reported the property as a nuisance.  The City of Seattle says it’s boarding up the building after the owners failed to respond to an emergency warning. 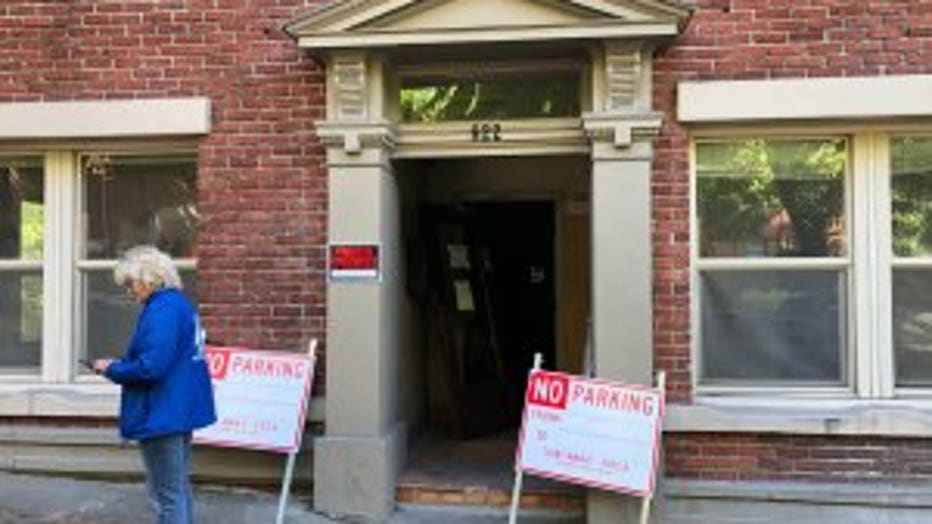 City of Seattle employee with Department of Construction and Inspections outside 822 Queen Anne Ave N in Seattle while city crews board up the vacant former apartment building.

But today, Piering and Rick Hooper walked past as it was getting boarded up.

“It’s tragic that this building is vacant at a time when we need housing so desperately in the city,” said Hooper.

Now, the inside of the building is in a desperate state. Video and pictures sent to Q13 by a neighbor who says this vacant apartment was home to multiple squatters.  Neighbors say the squatters were aggressive drug users who were trashing the place.  Those complaints came to the city where Wendy Shark works.

“Any time a vacant building is open, it warrants an emergency order,” said Shark.

“We reached out many times through email and phone calls and they didn’t respond to our emergency order and secure their property,” said Shark.

This is the second time the city is boarding up the place in the last two weeks, more than a month after the first emergency order was sent out.

“Every month we will go out and check the property at the owner’s expense and if the property is secure for three consecutive months then you’re off the list,” said Shark.

But this property remains.  It’s on a long list of properties the city started targeting this month.  Along with inspection costs charged to the property owner, it’s a fine of up to a thousand dollars a day for non-compliance.  So because the deadline for compliance was June 3, this property could face up to $24,000 dollars in fines and counting.

“We need occupied buildings and we need housing for people who want to live in Uptown,” said Hooper.

Neighbors don’t want the building torn down, but cleaned up, renovated and open for tenants.

“I would hope the authorities and the owner would come to some sort of agreement and with a little bit of rehab, not much, would make it available for housing again,” said Piering.

This case now goes to the city attorney, who could file a lawsuit against the property owners to enforce fines. Ultimately, the city says it can only seize properties under extreme circumstances.  City officials say their main goal is to get property owners to comply and utilize their properties in some way.