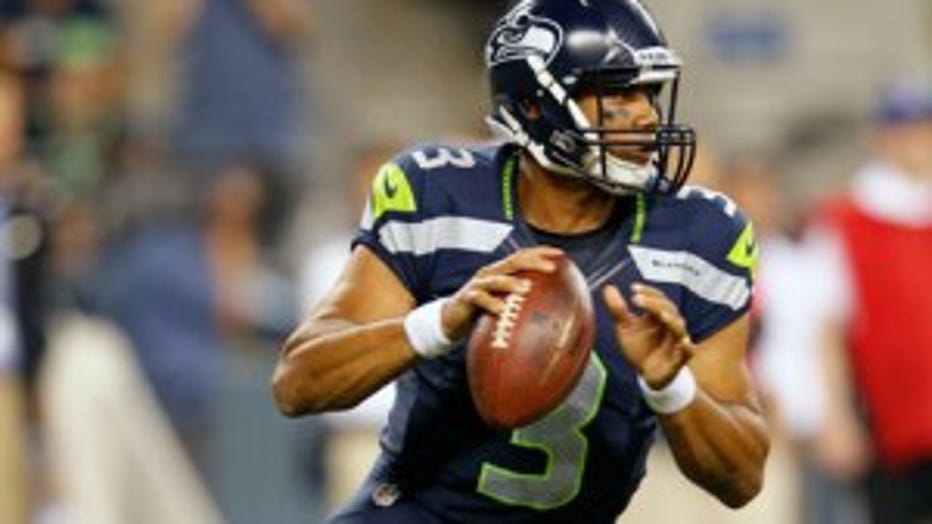 Last Sunday, against the Dolphins in Miami, Wilson became the first rookie to complete 16 consecutive passes in a game and also fashion a 125-plus passer rating in back-to-back-to-back games.

As he prepares for this week’s game against the Bears’ No. 3-ranked defense in Chicago, Wilson’s three-game totals are worth a second look: 70 percent completions (49 of 70) for 585 yards, with seven touchdown passes and no interceptions for a 128.6 rating.

His performance in November hgot Wilson nominated for NFC Rookie of the Month. Even though the honor went to Redskins rookie QB Robert Griffin III, it doesn’t diminish what Wilson accomplished.

“The surprise, I guess, is it’s so hard for a rookie to demonstrate that kind of consistency,” Carroll said. “We’ve seen him grow. We’ve seen him emerge. Now we’re able to watch him show a consistency of performance where each game looks like an extension of the next one. That’s really powerful.

“I think that’s the surprise – he’s done something that nobody’s ever done before in those three (games). We wouldn’t have anticipated that.”

Wilson’s knack for anticipating was evident during that 16-consecutive completion stretch against the Dolphins – which was one shy of the franchise record set by Hall of Fame QB Warren Moon in 1998. Wilson went to 10 different receivers. He not only took what the defense was giving him, Wilson used his vision and mobility to buy time and complete passes the Dolphins had no intention of giving him.

“I think maybe that he’s been so consistent has been the surprise,” Carroll said. “That anybody could hold on to his mentality, his work ethic, his edge. And then his performance has exemplified all of that, too. It’s really exciting.”

The best part of all this?

“I would think, and he would say the same thing, that that doesn’t mean nothing now,” Carroll said on Wednesday. “He’s already done that. So he’s got to take it to the next game. He’s always forward thinking.”

Good read of the situation, because Wilson said just that on Thursday – which just happened to be his 24th birthday.

Wilson has won six, and just missed getting No. 7 in the three-point loss to the Dolphins – which was eerily similar to the Week 8 loss to the Lions in Detroit, when Wilson led a fourth-quarter touchdown drive to take the lead only to have the Lions drive to the winning score.

And that’s what Wilson has been doing. As impressive as his recent performances have been, it’s the progress that will define the season for him and his team.

“I think it’s gradual,” offensive coordinator Darrell Bevell said when asked if Wilson’s improvement was a sudden spike or something that has been coming week after week. “With experience, where things have happened during practice, he’ll ask questions and we’ll talk about it and you’ll see him correct it.

“Sometimes it will happen in the game, but for the most part when it happens he learns from it and he understands, ‘Yeah, I can sit there on that one and work the pocket.’ ”

As Wilson did on several of the completions during his sweet-16 streak against the Dolphins.

“It was really great to see him stay there and let the pocket work,” Bevell said.

Bears coach Lovie Smith also has been impressed by what he’s seen from Wilson, to the point where he thinks the rookie designation no longer applies.

“We talked about Seattle having a young quarterback early in the year,” Smith said. “He’s gone through a college season right now, as I see it, and played good football. I’m just going to voice the same things everyone else is saying about him – he’s not playing like a rookie. He hasn’t made a whole lot of mistakes running their offense. He can make all of his throws. He’s mobile in the pocket. So I’ve been impressed, just like everyone else has been.”

Everyone, that is, except the rookie quarterback who isn’t playing like one.