SEATTLE - If there's one thing you take away from everything that Floreen and 10-year-old Nathan Nair have been through this year, it's that you should always reach out for help, just like she did in November when she emailed Q13 News Anchor Matt Lorch.

"Dear Matt, I was told to contact you if you were able to help me or give me some resources.  July 4, 2020, me and my son lost everything in a fire in West Seattle.  I’m not looking for anything for myself, just for him so we can have a good Christmas," wrote Floreen.

Fireworks caught a bush on fire outside their apartment building while she was inside the kitchen.  She grabbed Nathan and their dog and they ran outside in their jammies. They had no time to take anything with them including their shoes.

"Everything, all his toys, his bunk bed that I got him for Christmas last year. He lost that,"  said Floreen.   "We just saw everything just go down.  He said mommy, it’s not the building that’s burning. It’s our memories that’s burning." 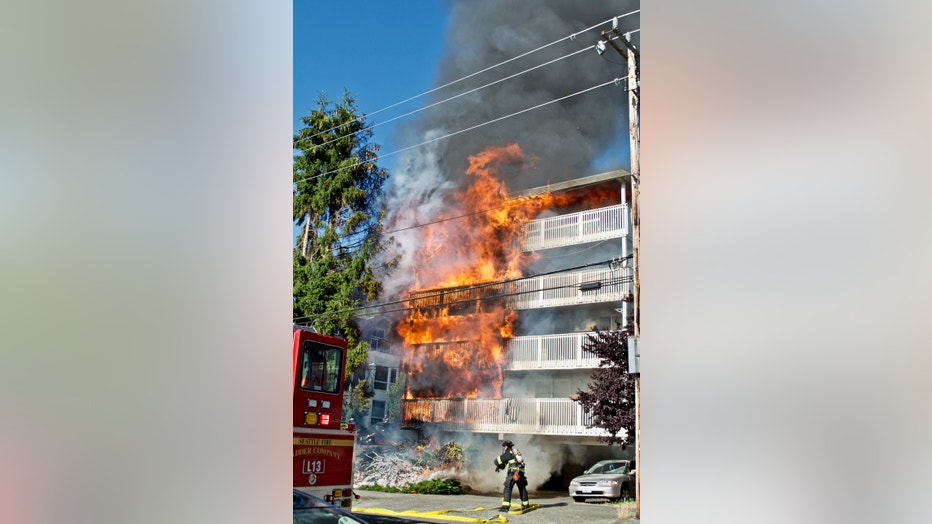 So, they started over and moved to a new apartment with some assistance from the city of Seattle. But, with limited income and the holidays approached, she worried about how she would give Nathan a good Christmas.

Matt Lorch told me about Floreen's email and it just broke my heart.  Every year, I try to help at least one family. Past families have a couple with kids who were down down on their luck or victims of crime, including one family who had all of their toys stolen from under the tree.

So, I contacted Noreen and asked her what was on Nathan's wish list.  That was in November before their year got even worse.

"On Dec. 3rd, I was a victim of domestic violence," said Noreen.

She kept it to herself for a while and then opened up to me about what had happened.

"For some reason when I connected with you, you seemed very friendly.  You feel like a friend that I can openly talk to so it really touched me and Nathan,"  said Floreen.

She called 911 after she says Nathan's father hit her in the face in front of their son and then threatened to kill her. Fetsum Jorga surrendered to Seattle Police after a standoff.

Court documents say Jorga told her he would, "Put a hole in your head, kill her and then kill himself."   He is currently being held in the King County jail on $75,000 bail on charges of Felony Harrassment  - Domestic Violence and Assault 4th Degree - Domestic Violence.

"If I just stay in hiding and keep everything to myself, then I am not getting the help that I need," said Floreen.

She says friends are helping her try to find a new place to live but that costs money.  She knows she will have to take Nathan and get to a safe place if  he is released from jail.  That's why it became even more  important for her to give her son a good Christmas.

Nathan is a big fan of the Naruto anime and loves one character in particular named Jariyah.  Fortunately, I was able to find the action figure online and it arrived just in time.  I brought it to them on Tuesday along with a card for Floreen and a bunch of other gifts donated by Rochelle Chorak and Wendy Troyer with Pierce County Toys for Tots.  Hint:  Nathan loves football and the Seahawks.  I  didn't even squish all the beautiful bows made by my wife, Jessica! 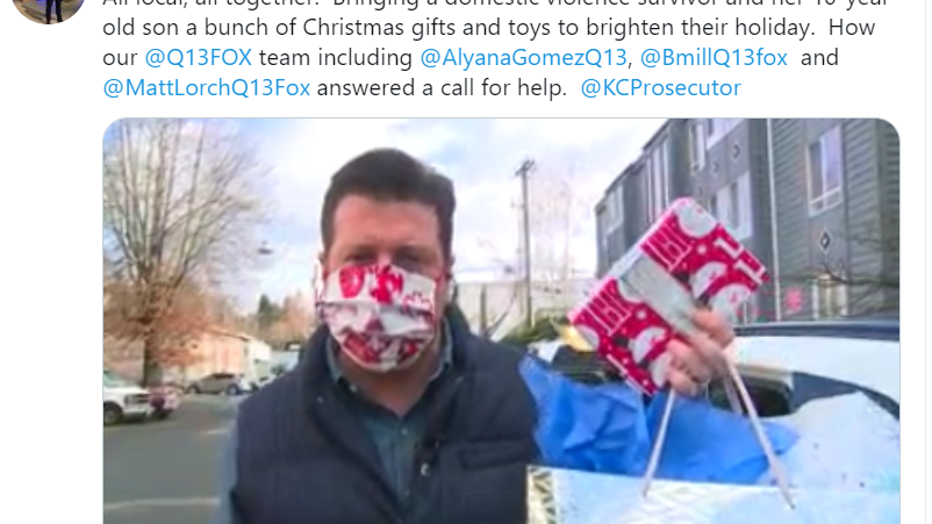 My co-anchor, Alyana Gomez, heard about our plan and she bought an awesome toy for Nathan that was on his wish list and wrapped it (no more spoilers). She put together a special gift bag for Noreen as well, with things like a soft blanket to bring her some comfort.

In my family, we always got to open one gift early so I asked Noreen if Nathan could open a gift while I was there and she agreed.  Watching him tear open the package that my wife beautifully wrapped for him and then hug the toy to his chest with glee brought me right back to my childhood.

"Your plea just to want to have him feel safe and see that you are safe and just to have some joy this Christmas, that’s what touched me. And, just to want to do something to bring a smile to your faces and to hear your scream when you opened that toy, that was wonderful. Thank you," I told them.

Mom and son, starting a new life together, grateful for the support they've received but in need of so much more help.  They are bravely facing an uncertain future ahead with a message to all to never suffer in silence.

"Thank you so much and Merry Christmas, stay safe and to the women out there, if you are going through DV, please just call 911. There is help out there," she said.

You can donate to help Floreen and her son here.