SEATTLE -- A 34-year-0ld Puyallup woman who allegedly was doused with gasoline and set on fire by her boyfriend in their mobile home has died of her injuries nearly two weeks after the attack, the Pierce County Sheriff's Department said Monday.

Neighbors at the Hidden Glen Mobile Home Park in Puyallup sprung into action during the May 6 fire. One man sprayed the Bazzan with a garden hose, which helped put out the fire and saved her at the time. But ultimately it wasn't enough to save her life.

All that’s left of the mobile home on 159th Street East in Puyallup are charred remains. 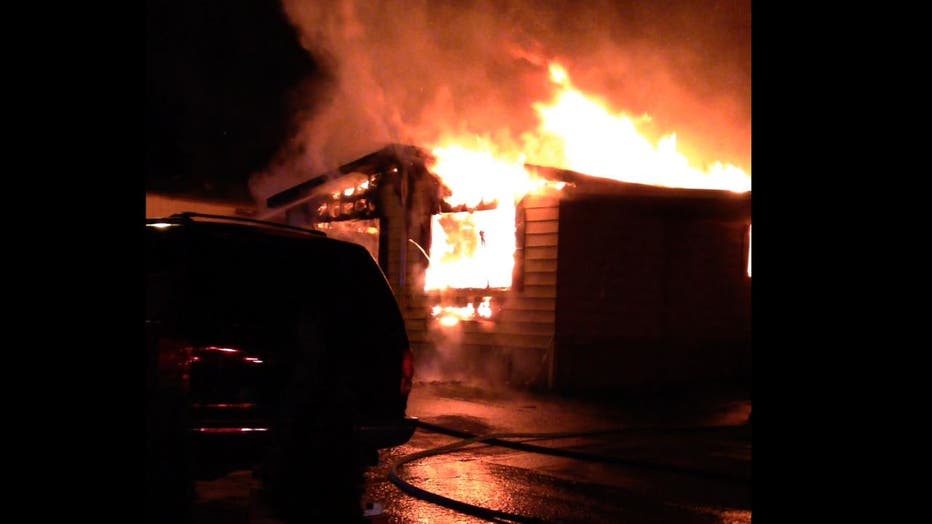 Police say the victim’s boyfriend took off from the scene but they soon caught up with him. They say he refused to cooperate with police, and even asked cops to shoot him.

“They were able to find this suspect later in the city of Lakewood,” said Pierce County sheriff's detective Ed Troyer. “He was not cooperative. He tried to fight and he actually kicked one of the police dogs.”

Police say the man had severe burns on his body at the time of his arrest, and "skin" appeared to be falling off. He allegedly later told police he "blacked" out with anger and was upset with his girlfriend for allegedly reconnecting with an ex.

Police alleged he said lighting his girlfriend on fire was a mistake, and he intended to light himself on fire, not her.

Neighbors say the couple was quiet and that they mostly kept to themselves.

But the suspect does have a history of domestic violence; he pleaded guilty in 2003 to fourth-degree assault against a different girlfriend.