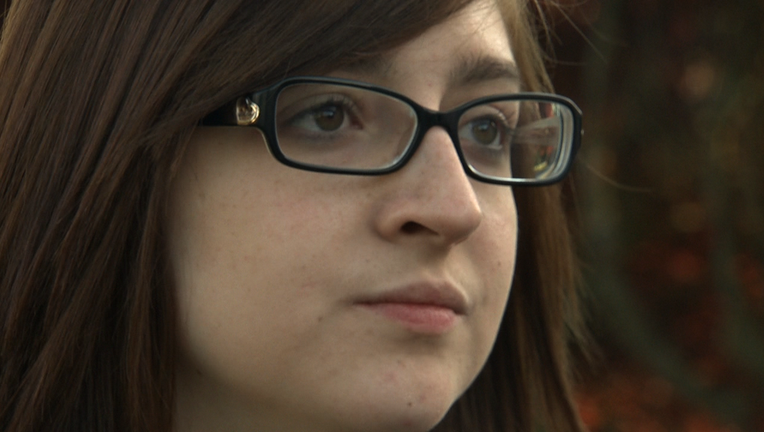 The first time was on Jan. 10 at a youth program at the YMCA.

One of the victims, 18-year-old Amy, told Q13 FOX News in an exclusive interview Wednesday night: “He pulled me onto his lap, I tried to get up. He did it a couple more times. And I said, Don't touch me.”

Amy said she didn't know Allen, but her friends did.  The night they met, she said, he kept following her and then got her alone in one of the rooms at the Y.

“He pinned me up against a pole outside that room, saying, 'Kiss me, kiss me.' I said no, leave me alone.”

Police said he did the same sort of thing to another girl at the YMCA that day.

Amy said the incident made her uncomfortable, but she didn't think too much about it until the next week when she went to a nearby McDonald’s and saw Allen again.

“The victim left the restaurant upon seeing Allen,” said Puyallup police Capt. Scott Engle.  “Mr. Allen followed her out of the restaurant around a nearby shopping building, where he again assaulted her.”

Amy said, “He pinned me up against a wall, was groping my chest, feeling all around my body and started to put his hand into my pants. He was very strong from what I could tell. I couldn't get off the wall whatsoever. I was trying to push off him, trying to keep his hand from going all the way into my pants.”

She said he stopped when he heard other people coming around the corner. When Amy called police, she found out she wasn't the only alleged victim at the Y.  They also told her Allen had a history of predatory behavior going back to 2008.

“We’re concerned, we'd like to get him into custody and need the public's help in locating him,” Engle said.

Police say Allen is transient and they`re not sure if he`s still in the area. Amy said she won`t feel safe until he`s caught.

“It’s terrifying because sometimes I see people who look like him and it just makes my heart stop for a second,” she said. “He’s out there somewhere and I hope someone's going to see him and report him.”

Two arrest warrants for fourth-degree assault with sexual motivation have been issued against Allen. Police are asking for the public's help in locating him.

A spokesperson with the YMCA says Allen used to be a member. When police told them what happened, they put a note on his account banning him from any future events. But they say he has not been back since this incident.

Puyallup police say if you have information that can help them, you can contact their tip line at 253-770-3343.