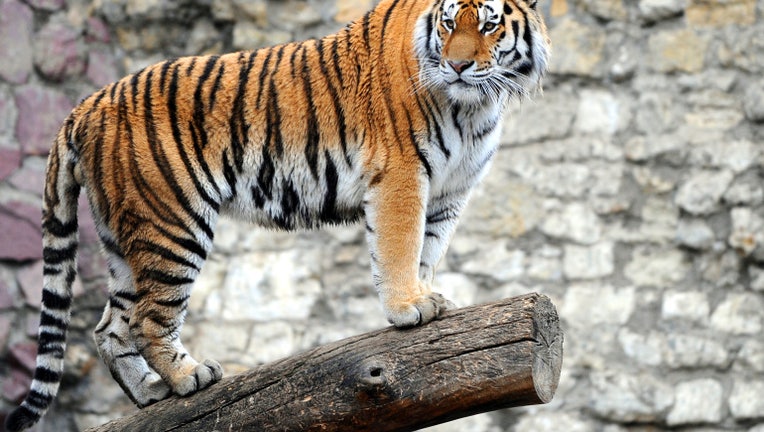 HONG KONG -- A daring cross-border raid by one of Russian President Vladimir Putin's associates has -- so far -- yet to sour Sino-Russian relations.

According to Chinese state media, Ustin, one of three rescued Amur tigers released by the Russian leader earlier this year, has attacked a herd of goats on Heixiazi Island in the northern province of Heilongjiang.

The region shares a border with Russia's far-eastern Amur region, and it is thought that the tiger crossed the Heilongjiang river to hunt.

Russian conservationists rescued five cubs in 2012, and the Russian president was on hand for their release following rehabilitation and hunting training.

The animals were fitted with tracking devices and in October, Ustin, along with another released tiger, Kuzya, were found to have made their way to China.

A wildlife protection expert from China's Northeast Forestry University, Zhu Shibing, said that footprints and other traces left near the goat's shelter belonged to Ustin.

Chinese news agency Xinhua reported that the skulls of the two dead goats were crushed and had puncture wounds the "size of a human finger" -- a testament to the power of the tiger's bite. Three further goats remain missing.

"Our monitoring data and this attack all tell that Ustin is in good physical condition, and has a large range of activities on Heixiazi Island," Xinhua quoted Zhu as saying.

He also warned villagers to keep their distance, should they spot the goat killer, and to not throw food at it.

Kuzya, the other tiger known to have crossed into China, was previously blamed for an attack on a Chinese hen-house.

The Russian leader has been involved in conservation efforts of the species.

He is often photographed with tigers and other wild animals, and takes part in a number of outdoor activities in an apparent effort to bolster his image as a strong, intrepid leader.