Can't get enough pumpkin spice? Grab a can of Pumpkin Spice Spam

Hormel Foods Corp. announced on Wednesday that they’re unveiling their take on the popular fall flavor by kicking off the season with Pumpkin Spice Spam.

Unlike the original soupy chicken, shrimp or beef-flavored Cup Noodles, the fall-inspired meal is saucy, not soup-based. It's made with a special pumpkin seasoning that's blended with sweet, savory and spiced ingredients.

"After 50 years of noodle innovation, what better time to release our most unexpected flavor to date with pumpkin spice, and trust me it really is that good," said Jaclyn Park, Vice President, Marketing, Nissin Foods USA.

As always, the saucy noodles are ready with a splash of water and four minutes in the microwave. Nissin recommends topping the meal off with whipped cream for the full pumpkin spice experience.

The company, which is celebrating its 50th anniversary this year, said it's going head-to-head with the pumpkin spice latte that originally kicked off the season flavor craze. 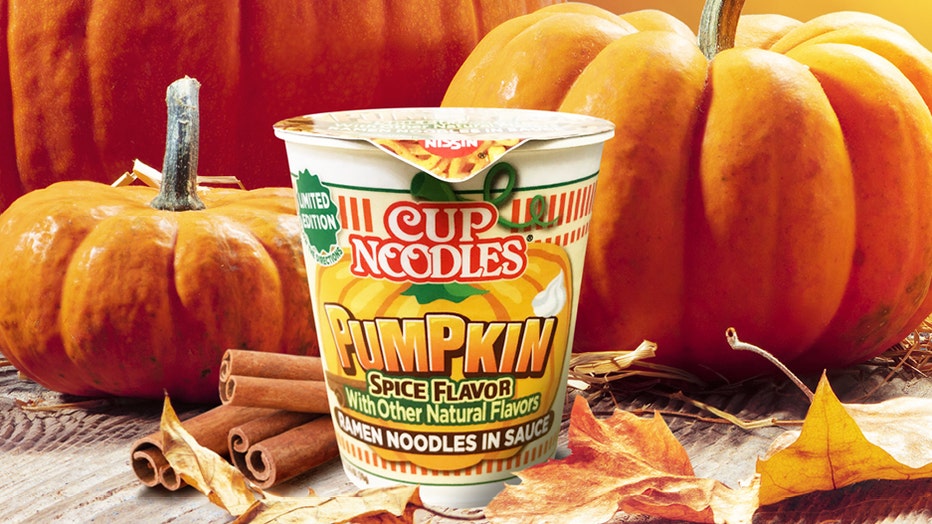 Gen Z may love pumpkin spice but the infatuation isn’t universal. Eighty-nine percent of respondents spanning from Millennials to Boomers are Cup Noodles purists. When asked if they would try the new pumpkin spice flavor, they responded with, "Don't mess with my noodles."

In fact, 65% of non-Gen Z respondents (people 25+) actually hate pumpkin spice and 64% said it can cease to exist forever. But that didn’t stop Nissin from creating its first-ever exclusive flavor.

Last year, Starbucks released the popular drink in late August but Pumpkin Spice fans may have to wait a few more weeks to satisfy their pumpkin cravings this year.