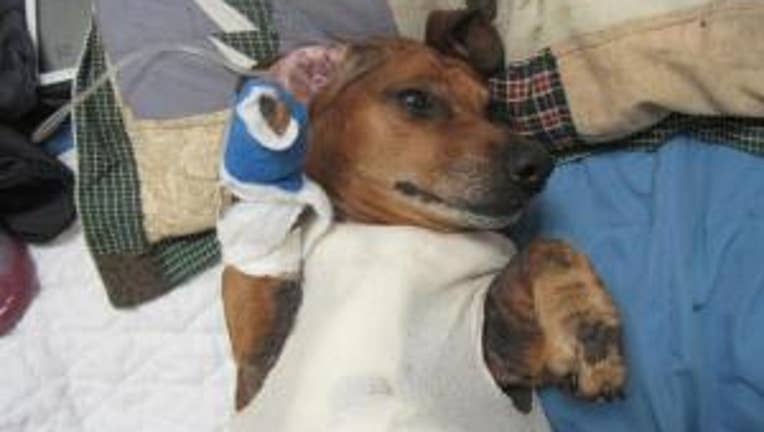 If they had a “Biggest Loser” TV show for dogs, there’s one pudgy pup from Portland who could be the star.   Yesterday, the four-legged friend with a weight problem, underwent what may be the first “tummy tuck” for dogs.

Last August, the pleasantly plump dachsund named “Obie” tipped the scales at 77 lbs.  Since then, his owner has put him on a crash diet and Obie dropped down to 37 lbs.

That left him with a whole lot of extra skin.

So yesterday, a veterinarian in Portland performed the procedure normally administered to humans.

The operation took off about two lbs. of loose, wrinkled skin.

"He's always had the personality where you can really tell he wants to interact,” said Obie’s owner Nora Vanatta.  “He wants to get around.  So now that he can it's pretty exciting.  He's just getting to be a dog."

Obie's owner says the dog did amazingly well.  He mostly slept overnight, and this morning was up and wagging his tail.  Obie's home resting now and still losing weight.

His owner plans to get him down to 28 lbs.