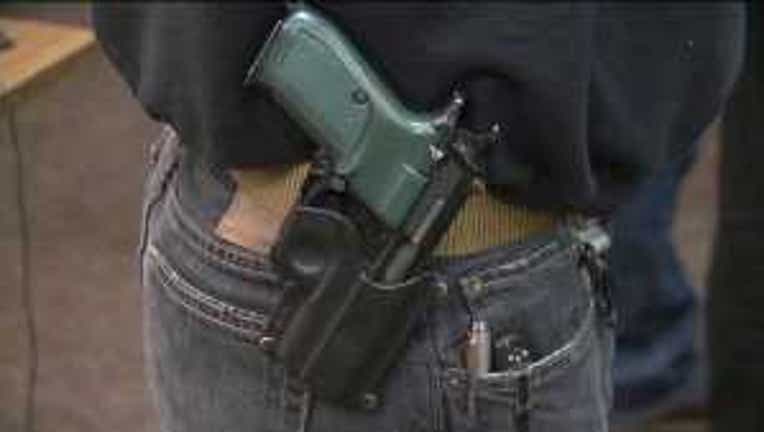 OAK HARBOR, Wash. -- More than 150 people, many wearing guns on their hips or shouldering rifles, showed up at an Oak Harbor City Council meeting Tuesday night to call for the resignation of a councilman opposed to guns in the council chambers and in support of Second Amendment rights.

Councilman Rick Almberg did not resign, but after several members of the public spoke out in favor of gun rights, the City Council voted to repeal a city ordinance banning guns from city parks and marinas.

Almberg received national attention for walking out of a City Council meeting on Jan. 15 when the council voted down his motion to require people with concealed weapons to check their guns at the door before entering the council chambers. He made the motion after a member of the audience admitted he was carrying a concealed weapon.

The video of his comments and his walkout went viral on YouTube.com.

At Tuesday night’s session, Almberg did not heed calls to resign. In fact, he seconded the motion to repeal the gun ban at city parks and marinas. The City Council motion was placed into "emergency" status, which meant the gun ban was repealed immediately.

The Second Amendment Foundation had sent a letter threatening to sue the city demanding that officials repeal sections of city code that prohibit firearms from parks and the marina, saying that it contradicts state law and a recent state Supreme Court decision.