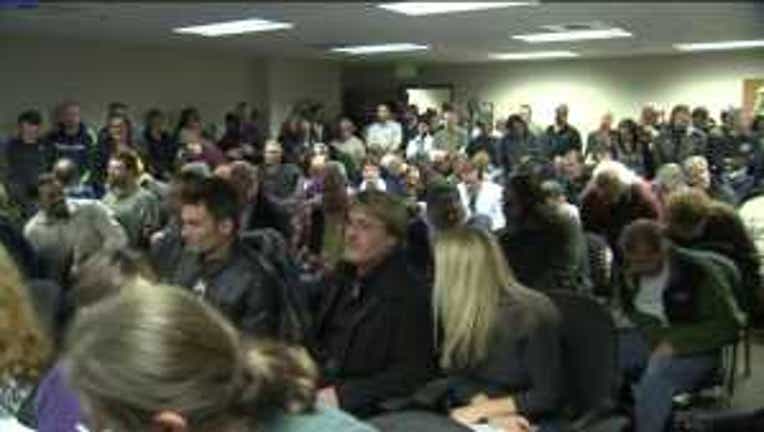 OLYMPIA -- The Washington State Liquor Control Board, which must come up with the rules and regulations for implementing the growing and sale of legal marijuana in the state, held its first of at least six public forums on the issue Tuesday night.

People packed the room, taking every seat and standing in the back and along every wall, prompting the board to say that it would be holding additional forums to accommodate the overflow.

Liquor Control Board Chairwoman Sharon Foster explained in the following video what the board heard from Gov. Jay Inslee after he met in Washington, D.C., with Attorney General Eric Holder on how the federal government might respond to the state going forward with the growing and sale of pot.

Washington voters on Nov. 6, 2012, approved the legalization of marijuana use in the state.

Public forum participant Larry Ward told the Liquor Control Board Tuesday night that they will have to address the issue of funding for retailers because banks will not open accounts for even medical marijuana retail shop owners.  The video follows: