SEATTLE -- As many as 25 people may have become ill after eating raw oysters since early June at several restaurants and markets in King County, health officials announced Tuesday.

"The Vibrio bacterium is naturally found in salty, brackish waters where oysters are grown," it added.

"For each retail/restaurant location reported, Environmental Health inspectors conducted on site investigations to ensure that the oysters were from approved sources, being cold held properly (at refrigeration temperatures at or below 41°F) and handled in such a way to minimize the risk of cross-contaminations (where bacteria from one bad oyster could be spread to a whole batch, or to other foods)," the agency said.

Here is the list of restaurants and markets by Public Health: 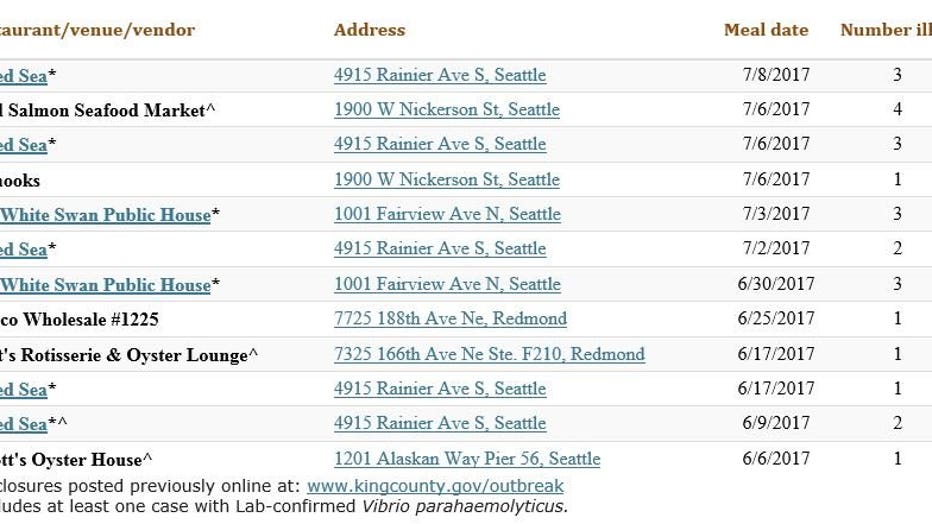