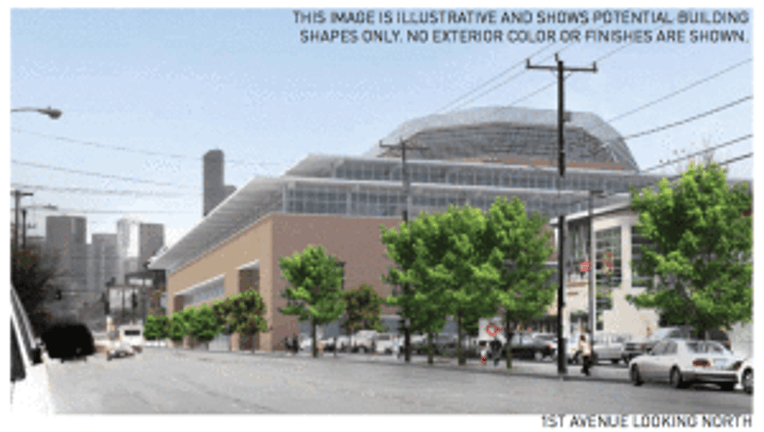 SEATTLE -- Sports enthusiasts will get their first chance to weigh in on the new SoDo arena design Tuesday night.

The public will get a chance to speak their opinions on the proposals during a Downtown Design Review Board Tuesday night. There are three possible options on the table, including a modern-looking building, and other preffered options.

Bryan Stevens of the Department of Planning said the meeting Tuesday night would focus specifically on what residents liked and disliked about proposed designs from the 360 Architecture Firm.

"The meeting tonight is going to focus on the aesthetics of the site in SoDo and what kind of building mass would you put on your site," Stevens said.

The arena's investor, Chris Hansen, was not expected to be at the meeting. Stevens said representatives from 360 Architecture will detail each design, and listen to the public's input.

The five-member design review board will be slated to recommend a design to the City of Seattle by the end of summer.