MARYSVILLE, Wash.—Members of St. Mary’s Catholic church in Marysville hit the pavement in protest outside of St. James Cathedral in Seattle on Sunday after learning their beloved priest was asked to leave their parish.

The Archdiocese of Seattle asked Father Dwight Lewis to leave St. Mary’s after finding financial and personnel practices that they called “significantly at odds” with church policies.

Some church members said they were kept in the dark and did not think Father Dwight did anything wrong.

“The diocese won’t meet with us and tell us why Father Dwight is gone. Why? What did he do?” said parishioner Scott Jenkins.

"They just do what they can do, without explaining to us.  That's so unfair.  That's number one.  Number two, we want Father Dwight back.  If they can't really prove that he did something wrong, then why whisk him away?" said another parishioner.

The Archdiocese said Father Dwight read a letter to parishioners at mass on November 15th saying that he was in complete agreement with the request to step down. He said it would allow him to improve his managerial skills and be a more effective leader.

Here is his complete letter provided to Q13 Fox News by the Director of Communications for the Archdiocese of Seattle: 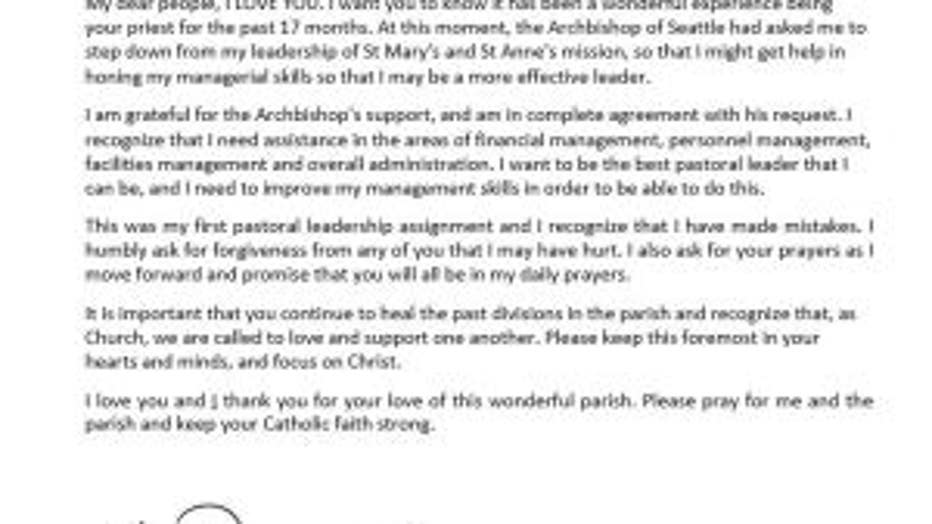 At that same mass, the Archdiocese said Archbishop Peter Sartain read this letter: 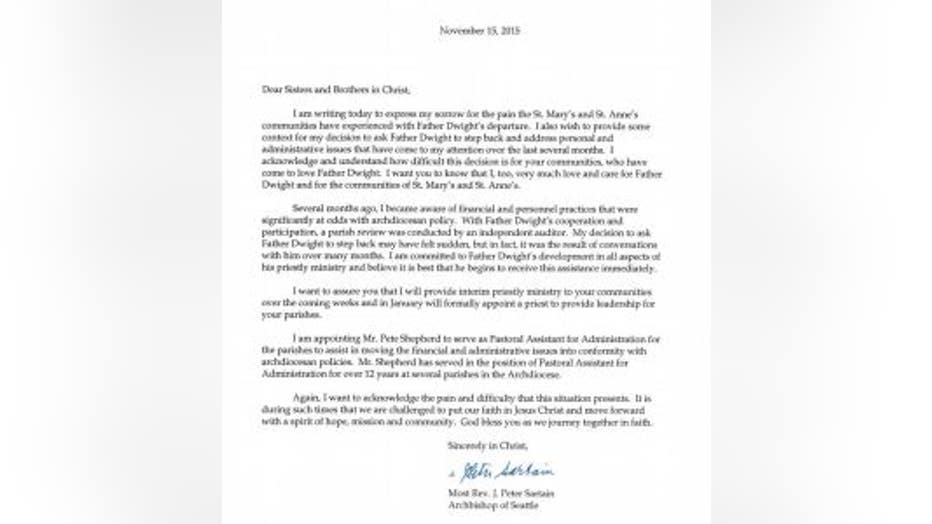